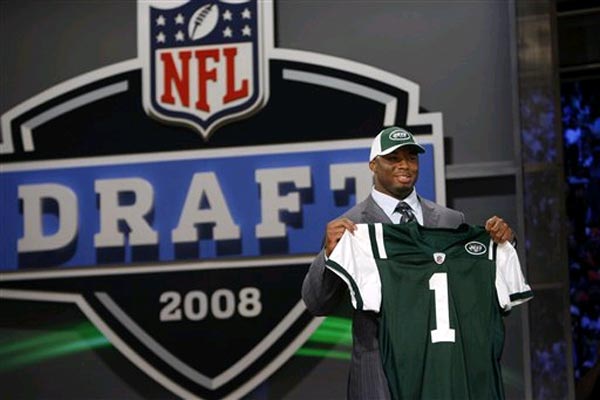 Being the sixth-worst team in the NFL has its advantages come April. The Jets had the sixth pick in this weekend's NFL Draft, and, despite hopes that Arkansas running back Darren McFadden would fall to them, ended up taking talented Ohio State defensive end Vernon Gholston. Then they traded up to make another first-round pick, surprising most with their pick of Dustin Keller, a pass-catching tight end from Purdue. 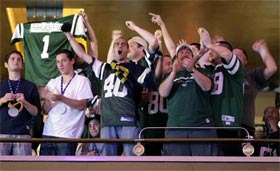 No one can quibble with Gholston. He is strong, fast (go about 1 minute into this video) and seems like he'll be a fine student in Eric Mangini's school of defense. Anyone disappointed with the Raiders' pick of McFadden need only look a a slew of other high-profile backs (see Bush, Reggie) that have yet to meet sky-high expecations.

Jets fans didn't know what to make of the Keller pick, however. He's drawn comparisons to Indianapolis Colts tight end Dallas Clark, but Keller won't be on the same field as Peyton Manning and Reggie Wayne, at least not until the Jets play the Colts. Keller's fast and doesn't block, and that means he's only half a tight end.

As for the Giants, they closed out the first round -- with the 31st pick, thanks to the punishment for the Patriots' video scandal -- by taking Kenny Phillips. The Miami safety should help fill the void left by the departed Gibril Wilson and was a pick many saw coming a mile off. The Giants continued with their secondary them by picking USC safety Terrell Thomas in the second round. As for Jeremey Shockey, both general manager Jerry Reese and coach Tom Coughlin brushed aside questions.