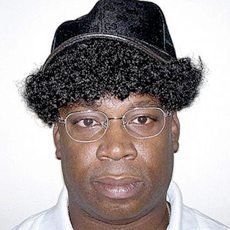 Christopher "Dudus" Coke, the Jamaican drug lord with a penchant for crossdressing, pleaded guilty earlier this month to charges of racketeering conspiracy. Now he faces up to 23 years in prison, but the man one woman referred to as "the Hitler of the Caribbean" is now seeking a more lenient sentence.

Coke sent a seven-page letter to Judge Robert P. Patterson, Jr. this week asking for a shorter sentence. While he does not apologize for his crimes, Coke does mention all of the great things he has done (you know, when he wasn't running a gang that showered innocent people with machine gun pellets). Coke also claims to be a very active social organizer and leader, having established committees to enrich those seeking job qualifications and opening after-school programs. Don't forget the Christmas Community Jamboree that provided entertainment and activities for local children!

"I am humbly pleading for leniency and for your discretion," Coke writes, "if it is possible for you to sentence me below the Guideline Range or if you could run my sentence concurrent, which would be greatly appreciated." He adds that his young son is crying over his absence.

He says he's the victim of inhumane treatment while in prison, plus there was also the added stress of dealing with his mother's recent death. But Coke was also in custody for selling a lot of drugs and killing hundreds of people. Can a polite note to the man who controls his fate make a difference?

#christopher coke
#crime
#drugrunning
#drugs
#etiquette
#sentence
#wigs
Do you know the scoop? Comment below or Send us a Tip