Jack The Cat, Lost Then Found At JFK, Is Dead At 5

Sad news to start your week: Jack the Cat, the heralded feline who was lost by American Airlines at JFK and then found, at JFK, two months later was put to sleep yesterday at the Blue Pearl veterinary hospital in Forest Hills, Queens. He was five years old.

Vets had previously given Jack a 50-50 chance of survival and things just weren't getting better. Luckily Jack's owner, Karen Pascoe, had flown back to the city over the weekend to be with her buddy and so was here for his euthanization. Here's how Jack's Facebook page broke the news last night:

It is with tears that I must tell you that Jack has gone over the rainbow bridge. He was with Karen yesterday, and his condition was worsening. He was treated overnight, and she (and I) both had extensive conversations with the vets at Blue Pearl regarding his condition. Jack had extensive wounds on the back of his body, and the wounds were unable to heal because his skin had deteriorated due to the malnutrition that occurred while he was lost. Despite antibiotics, the infections were worsening, and his skin was continuing to deteriorate. He needed surgery to treat the wounds, but there was not enough available skin to close the wounds after the surgery. The vet compared his skin condition to having severe burns over 50-60% of his body. The vet was very clear that she had conferred with every possible doctor regarding options for Jack, but none of them left him with a substantial chance of survival and all of them involved him suffering. Jack had been through so much, and the last thing anyone wanted was for him to suffer more. Jack was bathed in love and crossed over just a few minutes ago.

We thank everyone who has gone on this journey with us. We have been introduced to people we have come to not only respect, but love. We will continue our work on this page...and will also be starting a dedicated website in Jack’s honor. We want people to understand the risks that attend putting an animal in cargo, and we hope to spur change in the industry so that no one else ever has to go through this again. We honor Jack, we honor all the other animals who have been killed, injured, or lost while being transported through cargo procedures, and we honor all of you who have taken the time to share your kindness and love with us. 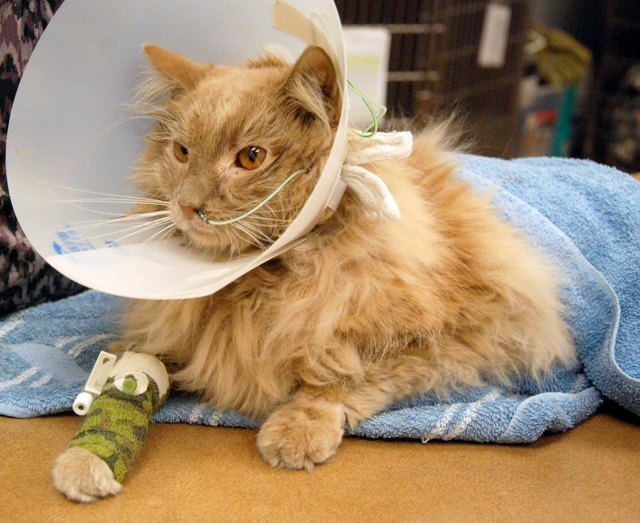 #american airlines
#jack the cat
#JFK
#jfk airport
#lost cat
Do you know the scoop? Comment below or Send us a Tip