'I've Done This Before': Ex-Met Museum Employee Indicted For Taking Upskirt Videos Outside The Met, At Subway Station

A former collections manager at the Metropolitan Museum of Art who was caught taking upskirt videos at an Upper East Side subway station has admitted to taking dozens of other upskirt videos, including outside the museum, according to a criminal complaint.

"I'm sorry; this is going to ruin my life. I'm married," Fred Caruso, 62, told a police officer, according to the court documents.

A Transit Bureau officer says they saw Caruso at the southbound 86th Street and Lexington Avenue 6 train station on April 27th. Caruso allegedly placed a camera under a female rider's dress, and when the victim moved, he allegedly moved in her direction as well. The officer also stated that Caruso's camera was still in recording mode at 77th Street, where the officer confronted him.

"I've done this before. I don't know how many times," Caruso also allegedly said. "It's been a behavior that's fairly recent. It's become an obsessive behavior in the past couple of years. I would say about 50-100 times over a couple of years," and added that he thought one of the subway riders he was filming was "15-17" years old. 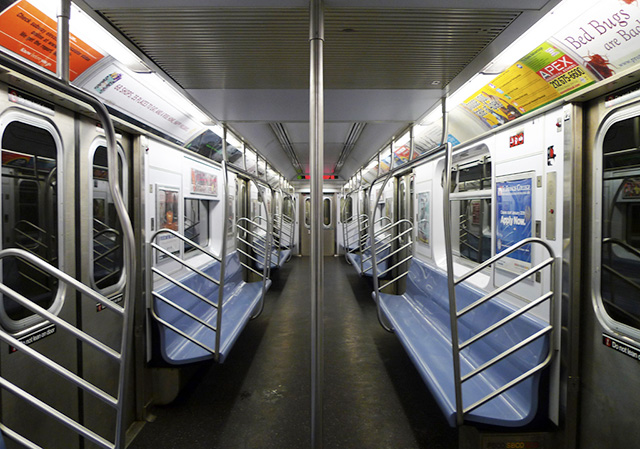 Caruso was charged with six counts of unlawful surveillance for incidents in the subway system, outside the Metropolitan Museum of Art, and once at the corner of Madison Avenue and 83rd Street. He was also charged with one count of endangering the welfare of a child. The court papers also note that Caruso said he "never published those images online. I use my iPad for writing and browsing internet, checking emails. I don't record people on my iPad. Only on the black iPhone."

The Post reports that before he was in court on Wednesday, "Caruso joined hands with friends and family in a prayer circle." His defense lawyer told the paper that his client pleaded not guilty, "We’re looking forward to a successful resolution."

#met
#metropolitan museum of art
#unlawful surveillance
#upskirt
Do you know the scoop? Comment below or Send us a Tip