Last week a bill that would give police officers unambiguous authority to penalize drivers who injure pedestrians or cyclists did not pass the state legislature. But even if the bill had been signed into law it would have failed to cover drivers who carelessly open their car doors, as was the case when 39-year-old cyclist Tskaka Cooke was killed last Saturday after striking a car door that was suddenly opened in his path on a busy road in Queens. "You can open a door and injure a pedestrian or cyclist and not trigger the law," attorney Steve Vaccaro says. "You can door someone and run and it's not a crime."

Currently a motorist faces a $150 fine for violating New York State Vehicle and Traffic Law Section 1214 [pdf], which prohibits opening a door "of a motor vehicle on the side available to moving traffic unless and until it is reasonably safe to do so." These tickets are handed out sporadically, and the police does not keep data on how many are given in New York City.

"Someone's life is gone—is that a violation?" Jean Segarra, Cooke's best friend and former roommate says. "I understand that it may have been an accident, and that you don't want to ruin two lives. But to kill someone and just receive a ticket, it doesn't seem fair."

Hayley & Diego's law (VTL 1146), which was passed in 2010 after a delivery van killed two children in Chinatown, imposes a maximum penalty of 15 days in jail and a $750 fine against drivers who fail to exercise "due care." But police officers have to witness the incident in order to charge drivers under 1146—something this new bill would have fixed—but a gap remains when it comes to what motorists do with the doors of their parked cars: VTL 1146 only applies when a vehicle is motion.

"I'm not sure I'd call it a gap. Our bill's purpose is to address careless driving," Assemblyman Brian Kavanagh says. Kavanagh, along with State Senator Daniel Squadron, co-sponsored Hayley and Diego's law as well as last week's failed bill. "It's not intended to include all the ridiculous things that can happen in or near a car. We don't typically issue infractions if the vehicle isn't moving."

Vaccaro, who has represented the family of killed cyclist Mathieu Lefevre in the aftermath of a botched NYPD investigation into his death, explains that the barriers to prosecuting motorists who injure or kill cyclists or pedestrians are already very high, and higher still for dooring incidents. Felony charges against Krystal Francis, a driver who doored cyclist Jasmine Herron and forced her to swerve into a lane of traffic where a bus struck and killed her, evaporated because the crime for leaving the scene of an accident only applies when a vehicle is moving. 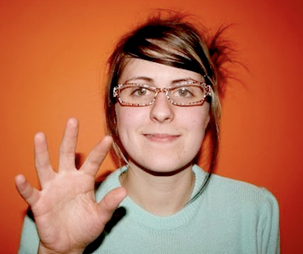 "You have to show that the driver was doing something more than breaking traffic laws," Vaccaro explains. "The blameworthy state of mind is not turned on the real world consequences of the act. It turns on the state of mind of the driver, their level of awareness." Those factors are difficult to prove for prosecutors, especially given that the NYPD's Accident Investigation Squad is underfunded, undermanned, and only arrives at the scene when the victim is killed or expected to die.

"AIS has to do their job," Vaccaro says, pointing to the case of 24-year-old Emma Blumstein, who was killed on her bike in Crown Heights two weeks ago after a delivery truck driver failed to yield to her while making a left turn. "Are there skid marks to show that he was going too fast? Are there witnesses who saw him speeding or crossing early into the opposite lane?" Last week's failed bill would have given officers authority to charge the delivery truck driver in Blumstein's case, but not in Cooke's.

"[Dooring] is obviously a serious concern," Kavanagh says. "I haven't considered legislative approaches to that before, but it's certainly something I'd look into." Kavanagh adds, "There was no substantive objection to this bill, we just didn't get it out of committee. We'll push to get it done, and we'll continue to do so until it is."

Segarra, who knew Cooke for 20 years since they first roomed together at Pratt, is now fighting with the city to obtain the body of her friend, as he was adopted by his now-deceased paternal grandparents and has no next of kin. "We just want to do right by this man," Segarra says. "He was a great man and a great spirit."

#AIS
#bike lanes
#bikes
#cycling
#cycling fatalities
#dooring
#hayley and diego's law
#original
Do you know the scoop? Comment below or Send us a Tip