It's Not Your Eyes - It's a Foggy Morning 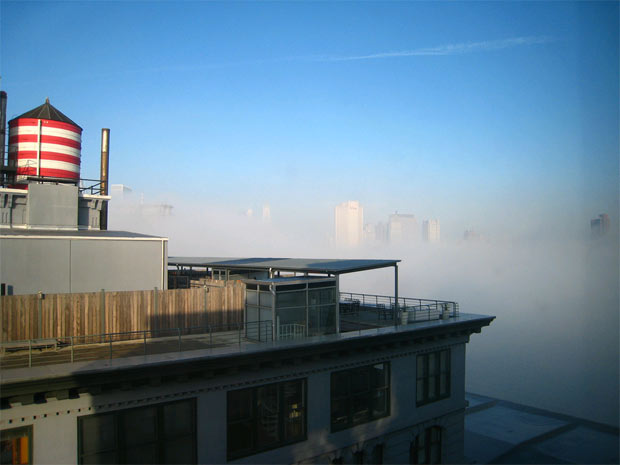 Some of you looking outside this morning might have had a double take, as fog has rolled in some parts of the city. Janelle sent us this photograph of fog seen over the East River from Dumbo (the Brooklyn Bridge is hidden on the left), but we hear that the view is clear and beautiful looking from Midtown East. As for what kind of fog it is, we're not sure, but it sure is pretty.

And here's a "time lapse" of the fog rolling in on the Upper West Side.

#As
#brooklyn
#brooklyn bridge
#dumbo
#east river
#flickr
#fog
#midtown
#midtown east
#news
#photos
#the city
#the view
#time lapse
#Upper West
#Upper West Side
#west side
Do you know the scoop? Comment below or Send us a Tip