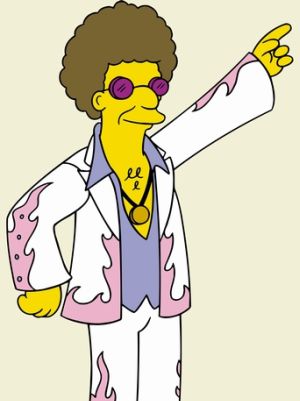 Some time ago the New Yorker ran an amusing “Talk of the Town” feature on nightlife crusader Roy Den Hollander, who, unlike most nightclub scolds, isn’t fighting against excessive noise and loose morals – he’s out to put a stop to the scourge that is Ladies’ Night. And not because he disdains the ladies or the night, but because Den Hollander, attorney at law and self-styled pick-up artist, sees it as yet another way The Man tries to keep down the, er, man.

The New Yorker got drinks with Den Hollander and listened to him whine: “What I’m trying to do now in my later years is fight everybody who violates my rights… the Feminazis have infiltrated institutions, and there’s been a transfer of rights from guys to girls.” But rather than take matters into his own hands, Den Hollander is taking it to court. He’s suing a number of clubs, including Lotus and the China Club, in Federal court and asking a judge “to conclude that the policies violated the Constitution and to assess minor damages against the clubs.”

Why are we telling you all this now? Because on Friday Deborah Swindells Donovan, a lawyer for Lotus, filed papers arguing that the "frivolous" lawsuit is based on an "ill-conceived theory. [If it] is applied to restaurants, then ‘early bird’ specials for the elderly or promotions allowing children to eat free would be discriminatory on the basis of age.” Deborah, sweetheart, Dapper Den Hollander’s been called a lot of things – a “hound dog”, a “Che Guevara”, a “Travis Bickle” – but you can’t so easily dismiss a middle-age man whose Myspace profile lists his age as 100! Oh, wait, of course you can.