Isiah Thomas Parses Who Can And Can't Say Bitch 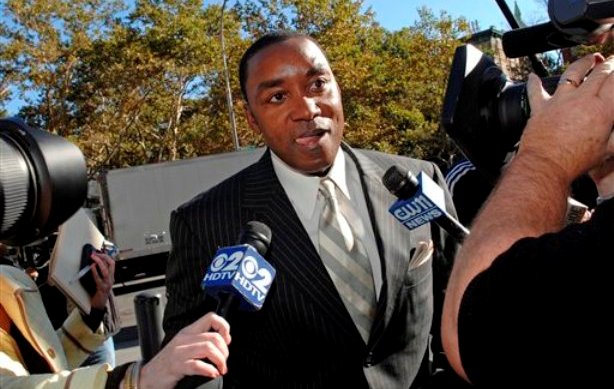 The sexual harassment lawsuit filed by a former Knicks executive finally offered up some soundbites from Knicks president and coach Isiah Thomas. And they weren't too good for the Knicks!

Anucha Browne Sanders, who was the vice-president of marketing for the Knicks, claims that Thomas acted inappropriately around her, from calling her derogatory names to claiming he was in love with her, and that Madison Square Garden executives did nothing to support her. Even though Browne Sanders admitted to a few things under cross examination (such as fudging her tax returns and asking Thomas to hand sign 4,500 letters to season ticket holders was probably not a great idea) the biggest bombshell was a videotaped deposition her lawyers made of Thomas. From the Daily News:

Asked if he was bothered by a black man calling a black female "bitch," Thomas said: "Not as much. I'm sorry to say, I do make a distinction.

"A white male calling a black female a bitch is highly offensive," Thomas said. "That would have violated my code of conduct."

"Maybe I shouldn't go there. ... A white male calling a black female, that is wrong with me. I'm not taking that. I'm not accepting that. ... That's a problem for me."

In the deposition, Thomas also denied ever swearing at Browne Sanders or calling her a ho, as well as saying, "I'm not attracted to her, no." Thomas did not appear outside court until an hour after the trial recessed for the day, apparently to chat with his lawyers and prepare a statement: "Please don't mischaracterize the video that was shown in court today. I don't think it's right for any man to ever call a woman a 'bitch.' I didn't do it, and I wouldn't do it. Thank you."

There was also testimony from a Knicks season ticket holder, Robert Levy, a lawyer who is not affiliated with either party. He bolstered Browne Sanders' claim that at a 2005 open practice Thomas was physically demonstrative with her. Levy said she looked "extremely uncomfortable at the time...."I heard him say at one point he couldn't get any love or no love from her. Mr. Thomas had his hand on Ms. Brown Sanders' shoulder. ... She seemed to be pulling away."

Thomas and MSG are trying to argue that Browne Sanders is just bitter because she was fired for unsatisfactory job performance.