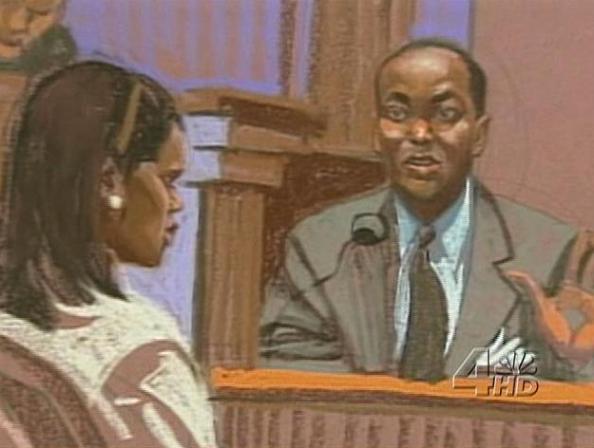 Once again people will wonder about the decision-making of the folks in the Knicks organization: A jury has found Knicks president and coach Isiah Thomas and Madison Square Garden liable on six counts of sexual harassment. The charges were brought against Thomas and MSG by former marketing vice-president Anucha Browne Sanders, who alleged that Thomas acted inappropriately (swearing, making advances) and that management dismissed her complaints before firing her because of her complaints. The Thomas and the Knicks organization denied the hostile environment and said that Browne Sanders was fired because she was not competent.

Browne Sanders was looking for $10 million in damages and for her $260,000/year job back. The jury found that Thomas did not have to pay punitive damages, but that MSG did. 1010WINS reports that the judge, U.S. District Judge Gerard E. Lynch, who had previously urged the two sides to settle the case, called the verdict "eminently reasonable." The jury will hear arguments regarding punitive damages later.

The New Yorker's Nick Paumgarten has a Talk of the Town piece that delves into Knicks owner James Dolan's moment on the witness stand: "He wore a suit, and an air of something approaching self-containment, if not quite self-command."

Update: Newsday reports that it took the jury less than an hour to determine Madison Square Garden should pay Browne Sanders a total of $11.6 million in damages. In fact, James Dolan has to personally pay $3 million of the settlement. MSG's statement after the verdict was, "We believe that the jury's decision was incorrect and plan to vigorously appeal the verdict. We look forward to presenting our arguments to an appeals court, and believe they will agree that no sexual harassment took place and MSG acted properly."

After the verdict was read, Thomas said he would appeal and told the press, "I want to say it as loud as I possibly can. I am innocent, very innocent."