Is The South Bronx Gentrifying Or Gentrified?

Is the South Bronx the new Astoria, the new-new Long Island City, or does it have the potential to be the new-new-new Williamsburg? Previously we wondered whether the Bronx's south side will ever gentrify. But for attendees at Saturday night's Bronx Gentrification Conference, the borough's gentrification is a fait accompli.

"You look at rent burdens in East Harlem and South Bronx," DeRienzo, president of Banana Kelly Community Improvement Association said. "Ten years ago, you could have flipped them and they looked the same on both sides of the river. Now East Harlem's rents look like Harlem's but the South Bronx is on its own. So could the South Bronx be the next to gentrify? Yes." 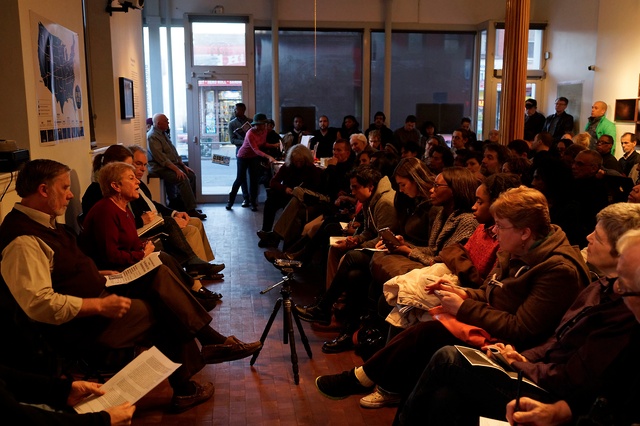 Fellow panelist and affordable housing advocate Susan Cole agreed that the Bronx's history of lower rents could now work to the borough's disadvantage as higher-income renters push away from Manhattan.

Cole, who has spent almost 40 years with nonprofits creating affordable housing in the Bronx, described how even the borough's nonprofits are being priced out of the buildings they run. "Nonprofits need to pay for everything, but it's becoming too expensive," she said. "The federal government, city, and state used to be involved. They used to give money. They don't have that money anymore."

Not every panelist shared Cole's concerns.

Ted Weinstein, the HPD's Director of Bronx Planning, was skeptical that current residents were in imminent danger of being pushed out by rising rents. "I've always thought of the definition of gentrification as incorporating involuntary displacement," Weinstein said. "I think fortunately so far if that's the definition of gentrification, I don't believe that has happened yet in the South Bronx."

Many audience members broke into laughter at these comments. "That's the stupidest statement I've ever heard!" a Bronx GED teacher shouted from the front row. "You work for the city of New York and you're talking like that?"

"If we're talking about people being displaced solely because of the increasing market of the neighborhood," Weinstein replied, "I'm not aware that that is happening."

One Bronx native and former PS 1 teacher told a different story. Velvet Ross, 36, says she has already witnessed the effects of gentrification in her neighborhood. "We saw a lot of difference in a lot of things that were happening," Ross said. "We saw the rising of rents in that particular area, and a lot of people couldn't afford that, especially with the downturn of the recession. So that's clearly an impact on many of these communities, many of them being black and Latino who are already on a disadvantaged level because of the economic downturn.

"So they say that [gentrification isn't happening] all the time, but that's not really true. Because a lot of them are not walking in this neighborhood at night when they see people coming home from work, where they're working two or three jobs in order to pay that $1,400 or $1,500 rent for that one-bedroom. That tripled over the past couple of years. So there's a problem here, but developers are not going to acknowledge that. And we can't depend on these people to acknowledge that, so the community has to speak for itself. And a lot of times, people don't want to hear from disenfranchised communities."

#bronx
#gentrification
#housing crisis
#HPD
#South Bronx
#original
Do you know the scoop? Comment below or Send us a Tip