Is NY Prepared To Protect Abortion And Contraception Access Under President Trump?

Today, New York has relatively strong protections surrounding the procedure. There aren’t legal obstacles like parental consent requirements for minors or state-mandated counseling, as there are in states like neighboring Pennsylvania. It's also among the minority of states where Medicaid covers most forms of abortion.

If President-elect Donald Trump makes good on his campaign promise to appoint anti-abortion justices to the Supreme Court and send the question of reproductive rights "back to the states," New York will most certainly keep its current protections in place.

"New York would be one of those states women travel to if this is the kind of doomsday scenario we're looking at," predicted Miriam Yeung, executive director of the National Asian Pacific American Women's Forum.

But while Roe v. Wade enshrines a woman's right to an abortion after 24 weeks if the pregnancy threatens her health, New York's law is more strict: currently, it only ensures late-term abortions if the doctor has reason to believe the pregnant woman's life is at stake.

The federal standard technically takes precedence over state law, but practically, the criminal laws on the books deter many doctors from performing abortions for women with dangerous late-term conditions like preeclampsia, heart attack, or stroke, according to Dr. Diane Horvath-Cosper of Physicians for Reproductive Health. The same goes for late-term fetal conditions, like abnormal brain development.

"Women who are facing health concerns who are pregnant have doctors in hospitals having as many conversations with attorneys as they do with other doctors," said Democratic Assemblywoman Deborah Glick. "What can we do? Is this a liability for the hospital?" 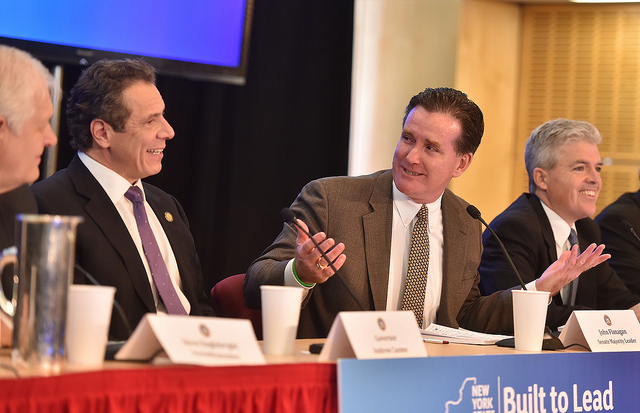 Now, with federal abortion rights hanging in the balance, advocates and policy makers are concerned that the Republican-led State Senate will continue to obstruct legislation that would enshrine Roe protections at the state level.

"While New York is an overwhelming pro-choice state, we are actually facing another legislative session with what will likely have an anti-choice New York State Senate," said Andrea Miller, president of the National Institute for Reproductive Health, which advocates for reproductive health legislation in New York.

Republican Senate Leader John Flanagan is historically anti-abortion, as is most of the state Republican Party. Legislative efforts have also been hampered by Democrat Ruben Diaz and political chameleon Simcha Felder, both of whom have been generally anti-abortion. (Diaz could not be reached, Felder declined to comment.)

Glick is sponsoring the 2015 Reproductive Services Act, which would move abortion rights over to the health code and expand them to be on par with Roe v. Wade. To date, the RSA has passed the Democrat-led Assembly, but not the Senate.

Richard Azzopardi, spokesman for Governor Andrew Cuomo, reiterated the Governor's support for the legislation in the wake of Trump's election. "Now that no one is under the delusion that protecting the right to choose is purely a federal issue, we urge our partners in government to join us and take action," he said.

This finding, of course, only stands so long as certain federal abortion rights remain intact. New York Civil Liberties Union Director Donna Lieberman said that even now, the opinion "isn't ironclad against a rogue DA that might try to take a doctor to criminal proceedings for taking good care of a patient."

Meanwhile, anti-abortion lobbyists say they're bolstered by Trump's victory, and will double down their opposition. Barbara Meara, Chairman of New York State Right To Life, said that the RSA would be "used as an excuse" to perform a late-term abortion for "literally any reason."

"We're going to continue to work against this extreme legislation," she added. "We think it's very dangerous."

Asked if she was confident the Senate would continue to reject the RSA, Meara laughed. "It's so close that we're always worried, let me tell you," she said. "We never feel 100 percent confident. One person being sick or changing their mind could be devastating." 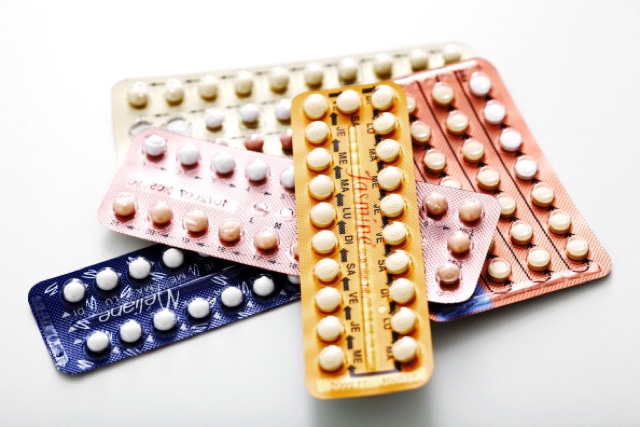 If Trump appoints an anti-abortion Supreme Court justice, Roe wouldn’t fall immediately. "You'd have to have the right case come to the court," Miller said. "Cases don't just appear out of thin air."

But broader reproductive rights may face a more immediate threat. Currently, the Affordable Care Act requires that all health insurance plans offer copay-free contraception coverage. Planned Parenthood of NYC has predicted that about three million people in New York State can expect to lose their health insurance if the ACA is repealed. Meanwhile, birth control costs could go through the roof and women would have limited choices when it comes to birth control options. Hence the national call for women with insurance to consider long-term contraceptive methods, like IUDs.

Planned Parenthood's NYC chapter is also looking to lose $10 to $12 million in federal funding, should the Trump administration and Congress manage to defund it, which would put additional financial stress on the non-profit organization, assuming many women lose access to affordable contraception and healthcare.

"What this would mean is we would lose the ability to get reimbursed for the services we deliver through Medicaid and Title X, and other programs that help us provide care to low income people, and folks who may not have the means to be able to pay for our services otherwise," said Christina Chang, the vice president of public affairs at Planned Parenthood of NYC.

In order to maintain its commitment to offering care to patients regardless of their insurance, ability to pay, or immigration status, Planned Parenthood would have to fill this potential budget gap through donations. 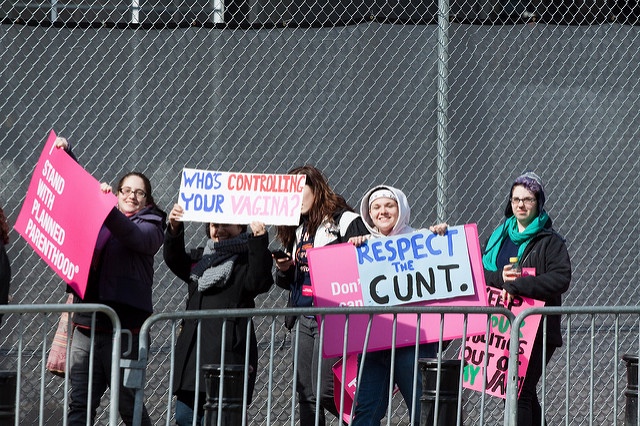 Miller is particularly excited about a provision in the CCCA that would offer coverage for male contraception.

"One of the things that people don't realize, but I think is especially important now, is that states can frequently go beyond the floor that the federal government might set," she said. "And this is one of those moments where that floor is about to drop out, potentially."

The CCCA is relatively new legislation. Even though it stalled in the Senate this year, advocates are encouraged by its bipartisan support. Still, Miller said, all reproductive justice legislation is now facing "an emboldened anti-choice movement that feels like it has the wind at their backs."

"Despite the results of this election, we have to hold elected officials accountable now," Chang said, noting that Planned Parenthood plans to hold a “day of action” on January 30th. "We need to really speak to our elected officials and make sure they know people are watching."

For folks who want to help out in the short term, Planned Parenthood has provided a list of five ways to take action, which include donating to groups like Make the Road New York, the Audre Lorde Project, and New York Abortion Access Fund, all of which plan to challenge an anti-women, anti-LGBTQ, anti-immigrant administration.

"We're in for a really long haul," Chang said. "This is not something we're going to be able to combat and win in the coming days, so we're counting on our supporters to be standing with us in the weeks and months to come."

#aca
#anti-abortion
#planned parenthood
#pro choice
#reproductive rights
#senate
#trump
#original
Do you know the scoop? Comment below or Send us a Tip