Is No News a Good Snooze? 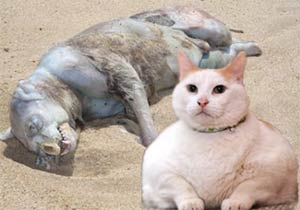 This week marked the fifth anniversary of the 2003 Blackout. Ten years ago the Yankees were dominating their way through summer en route to one of their best seasons in the franchise's history. But this summer, newsmakers seem to be scratching their heads when trying to figure out just what could be the New York story of the summer of 2008.

The NY Times goes through some of the definitive stories of summers past from the Summer of Sam to the Abner Louima plunger attack as well as obscure ones that took a life of their own like the rash of pit bull attacks that broke out in 1987.

Meanwhile, this week during a press conference, Police Commissioner Ray Kelly was asked about car break-ins in Brooklyn, the sort of petty crime that he has rarely had to address during his 15 years as head of the NYPD. The Times sums up just why the summer news has been a relatively barren landscape: "Crime rates remain near historic lows. The quadrennial spectacle of the mayoral race is still a year off. Wall Street and the financial markets have teetered without entirely collapsing."

Even NY1 has felt the burn of a slow news summer. Anchor Pat Kiernan admits that their regular segment "In the Papers" has had to be cut from eight minutes to six more than once. He told the Times that all the local papers have been "grasping at straws."