Is It Time For Federal Anti-Gentrification Zones In NYC?

The federal government should establish neighborhood anti-gentrification zones where vulnerable tenants could form cooperatives to purchase their apartment buildings away from predatory landlords, according to a policy report revealed today by Democratic State Senator Adriano Espaillat.

Increasing cooperative ownership in NYC would ideally save some buildings from a ruthless market.

"Some people say, 'Well, you can't fight the market forces,'" Espaillat told Gothamist this week. "I'm saying let's get ahead of the market forces and assist neighborhoods so that some level of security is reached. So gentrification doesn't just come in full-blow."

If a landlord within a so-called Gentrification Mitigation Zone (GMZ) put an apartment building on the market, his tenants would have right of first refusal to purchase that building as a cooperative. Funding for the purchase would come in the form of mortgage loans financed by the federal Department of Housing and Urban Development (HUD).

Espaillat's focus would be historically working-class neighborhoods with significant immigrant populations. He has suggested a pilot project in East Harlem, adding that he'd also focus on neighborhoods where a high percentage of residents pay preferential rents, like Flushing and Astoria in Queens.

Dropped in the final weeks of a heated Congressional race—Espaillat's vying to replace retiring Harlem congressman Charles Rangel—the policy would require a major about-face from the feds, whose traditional contributions to affordable housing have been drying up for years. Federal Section 8 rental vouchers have been closed to NYC applicants since 2009, and NYCHA has turned to private developers to fund its desperately-needed repairs. Traditionally, the federal government hasn't delved into local land use policy.

"At the federal level, which is really where the money is, there is no discussion whatsoever about this particular issue," Espaillat added. "There has to be a reassessment of funding in general. HUD has pretty much become an absentee landlord if you may, and abandoned housing as a real issue."

Espaillat also envisions a small tax, perhaps 1% of the sales price, on any building sold within a GMZ (assuming the residents are unable to rally around a purchase). That money would be distributed to any displaced tenants to aid in their relocation.

Developers looking to build within GMZs would be required to present their plans to local politicians in the form of a Community Impact Statement, and hold a public feedback session for any new residential building with 10 or more units. 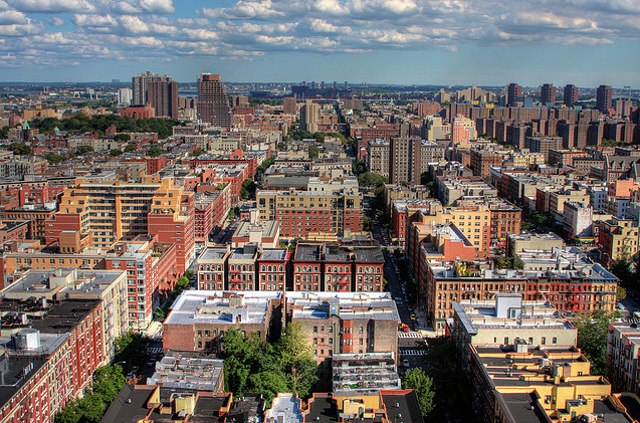 Some of these concepts are familiar. An early-1990s federal preservation program called the Low-Income Housing Preservation and Resident Homeownership Act (LIHPRHA) provided federal funding to nonprofit organizations and tenant groups to purchase their buildings, before Congress defunded it in 1998. In Washington DC, building owners are required to give their tenants the right of first refusal.

But while advocates, academics and attorneys were pleasantly surprised to see a pitch for anti-gentrification policy at the federal level, several worried that the cost of the GMZ program would be staggering—especially for a federal government so historically stingy when it comes to affordable housing.

"With LIHPRHA they had to layer all kinds of subsidies to make it actually affordable," John Krinsky, a professor of political science at City College, told us. "It was more feasible in situations where there wasn't yet rampant gentrification, because those properties aren't as valuable yet."

Even East New York, still less gentrified than neighboring Crown Heights, recently saw its property values triple. "Think about a tenant coop that is competing for a property with, like, Blackstone Group," Krinsky speculated.

"It's hard to see how the Republican Congress is going to pass any of these," added Legal Aid Society housing attorney Judith Goldiner. "Truthfully, it's just so hard to get them to do anything." She suggested that if the federal government were willing to make a huge investment in affordable housing, the money might be better spent on fully funding Section 8, coupled with stronger rent laws at the state level and the right to an attorney in housing court.

She also questioned Espaillat's relocation tax proposal. "Once people are displaced it's really hard to find them," she said. "And they're probably going to be paying more somewhere else. That's not the goal."

Governmental loans, like the HUD-funded mortgages Espaillat is suggesting, tend to have expiration dates. What might happen to cooperative tenants if and when these federal subsidies run dry?

"When you have these HUD-backed loans, the object is how do you keep them from [expiring] after a certain amount of time," Krinsky said, suggesting that Espaillat consider the Community Land Trust (CLT) model—which can protect a building from any future for-profit sale—as an additional protection. (Espaillat says he's open to the concept.)

But even with the protections of a CLT, some advocates in Espaillat's Harlem are skeptical of the sustainability of the proposed coops.

Maria Lizardo, director of the Northern Manhattan Improvement Corporation (NMIC), has supported numerous low-income coops in Harlem. "It only works when you are able to provide the tenants with a lot of assistance," she said. "Everything from the workshops about what to expect... to doing the monthly overview of the budget and maintenance increases."

"These ideas are great, but not without ongoing support," added NMIC legal services head Rodrigo Sanchez. "It's something that needs to be seen as an ongoing 10, 20, 30-year plan. Whether I think the government will commit to the dollars and cents is another question."