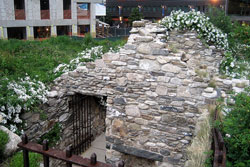 Some immigrant advocates are upset that Irish PM Bertie Ahern is trying to establish a special status for Irish immigrants in the United States.

While different immigrant groups try to keep a unified front, Ahern was in Washington, DC last week, to meet with the Bush administration and legislators to forge an agreement. Advocates for Irish immigrants believe more Irish nationals should be allowed to stay, after years of preference to people from countries with unstable political environments and extreme poverty.

However, the Sun reports many Hispanic immigrants feel their plight is more urgent, with parents being separated from their American-born children. And even US-Ireland Alliance head Trina Vargo wrote in the Irish Times that it's worth recalling the old "no Irish need apply" signs: "It would be wrong for the Irish now to suggest that 'no Mexican need apply'."

The political stakes are high. Some Irish immigrants who are now naturalized citizens of the U.S. have expressed lifelong allegiance to the Democratic Party because of the 1989 immigration lottery, which favored well-organized groups like the Irish, who were able to fill out dozens of entries per person, and travel to DC to deliver them early and often.

#bertie ahern
#immigration
#ireland
#irish immigrants
Do you know the scoop? Comment below or Send us a Tip
A new Gothamist is coming! We’ve moved comments over to our beta site. Click here to join the conversation and get a preview of our new website.