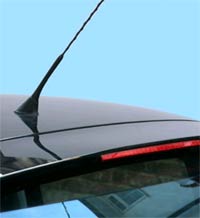 Yesterday, elected officials marched and held a rally over reports of police officers drove an unmarked police car with a black doll's head affixed to the antenna. State Senator Bill Perkins said, "We wanted an apology and we were given an excuse. We wanted an investigation and we got ‘It was a prank.' Without both an investigation and public apology for this demeaning, disgusting and racist action, the distrust between the Harlem community and police will worsen.”

On Tuesday, a number of people saw the car with the doll's head on the antenna around Fifth Avenue and 11th Street. One witness said he tried to take a picture of it, but the cops "pull[ed] it off and threw it in trunk and go into restaurant laughing about it." Police Commissioner Ray Kelly said on Wednesday that the car's driver didn't realize the doll's head was there until someone told him, "[He] didn't know it was there and just threw it off the car."

Now Internal Affairs is requesting surveillance video to see if there are any clues about the matter. Yesterday, Kelly continued to defend his officers said, "Is it possible you don't see something on the back of your car? Yes. How often do you look at the back of your car?"