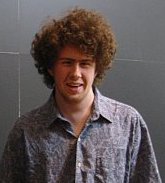 A 21-year-old MIT student was found dead on a Union Square building rooftop on Sunday night. Police believe that James Albrecht fell from the 243 East 14th Street onto the roof of a neighboring building, but it's unclear whether Albrecht fell or was pushed.

Friends tell the Sun that Albrecht was at a Murray Hill restaurant for a party Saturday night, and then left around 2AM. According to the Post, a witness saw Albrecht on the roof of the 14th Street building he probably fell from around 3AM Sunday morning and that he seemed intoxicated. The ME's office was expected to release autopsy results yesterday, but the Sun says "the office did not return several follow-up phone calls."

Albrecht was in NYC for a summer internship at D.E. Shaw and had been living on St. Mark's Place. His summer roommate and classmate Albert Ni said, "He was one of the smartest kids at MIT. Even though he was smart, he was kind and approachable and friendly."

#friends
#kids
#mit
#murray hill
#News: NYC
#nyc
#police
#The ME
#the office
#union square
Do you know the scoop? Comment below or Send us a Tip