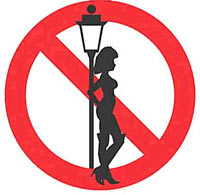 A man and three women were arrested by the feds for overseeing an intercontinental prostitution ring catering to the upper crust of New York, Miami, LA, and Europe.

The women pictured on the Emperor's Club V.I.P. web site, now taken down, had their faces blurred but featured body shots alongside a one to seven diamond ranking system. Chintzy customers willing to go low-end could get a three-diamond lady for $1,000 an hour; seven-diamond pros cost $5,500 an hour and would be flown around the world. According to The New York Sun, the company also offered "investment services and deals on contemporary art."

The arrestees are Mark Brener, 62, and Cecil Suwal, 23, who live together in Cliffside Park, N.J.; Brener is the alleged mastermind while Suwal was the banker. Brooklyn resident Temeka Rachelle Lewis, 32, and Tanya Hollander, 36, of Rhinebeck, N.Y. were the alleged booking agents who assigned women to clients around the city and the world.

There is still an online site for Emperors Club Spokes Models, offering the professional talents of women in the same cities as the prostitution ring. There's no indication the women featured on the model site are prostitutes, although the logos of the two companies are highly similar.