Interactive Noise Map Shows The Most Cacophonous Areas Of NYC

For six months, I lived right above a bus stop on a very loud stretch of Manhattan Avenue in Greenpoint. The location necessitated a bedtime routine akin to something from It's Always Sunny in Philadelphia, complete with a white noise app and a sleep mask that also covered my ears. Blessedly, that apartment caught fire and now I sleep above a silent alley, but for a large chunk of the country, life is not so peaceful. Indeed, according to the Department of Transportation's new National Transportation Noise Map, 98 percent of Americans have to suffer through irritating truck/car/plane noises on a regular basis—worse, 19 million of us regularly endure cacophony akin to the sound of a garbage disposal. On the other hand, there are some pretty quiet parts of the country, in case you were considering moving to Idaho Falls.

The DOT combined data from the FAA and the Federal Highway Administration to create this interactive map, which documents the nation's areas with the most (and least) noise. Per the key, areas with the worst noise range in blue and purple shades, whereas quieter spots are in yellow and orange. The noise levels are measured in decibels, and if it's useful, you can check out NYC's noise code to measure those. That code scales a normal conversation at 50 to 65 decibels (in close proximity), a vacuum cleaner that's 10 feet away at 70 decibels and a motorcycle at 88 decibels—a nearby jet taking off clocks in at 130 decibels.

It should surprise absolutely no one that New York City is LOUD, but keep in mind this map is illustrating highway and plane noise, not factoring in noise from eternally clomping upstairs neighbors (take off your boots and buy a RUG, Tiffany!): 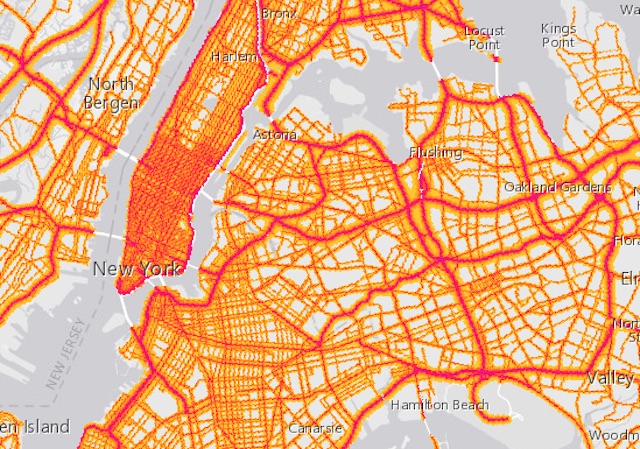 Folks who live near the bridges suffer pretty significantly: 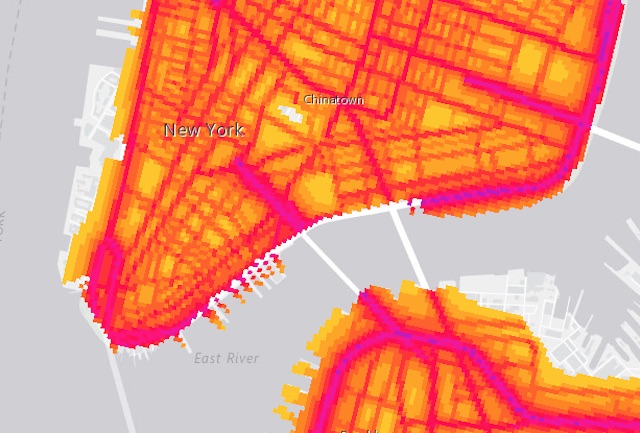 As does anyone who lives near an airport: 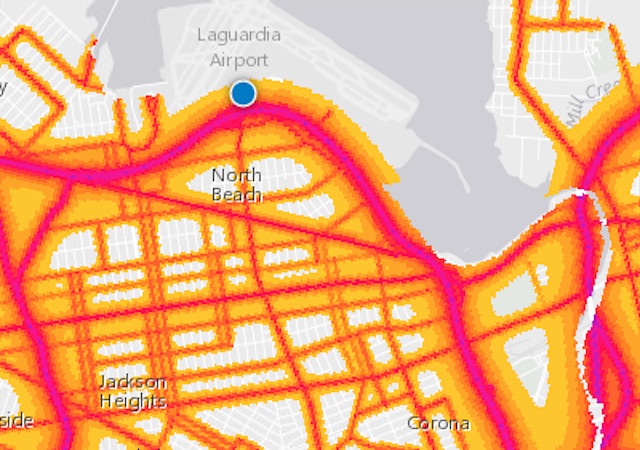 Other loud cities include San Francisco, Houston, and Memphis, Tennessee, all of which are plagued by either airplanes or military activity or highway trucking. It's also noteworthy which parts of which cities suffer loud noises—as WIRED points out, in some cities in low-income neighborhoods are subject to far more noise than high-income ones, for obvious reasons.

Noise pollution can lead to a number of health problems, including sleeplessness, poor cognitive ability, anxiety, stress, cardiovascular issues, and obesity, among others. The DOT's noise map may be useful in helping urban planners mitigate noise issues in different areas—it can also help homebuyers and renters figure out which spots to avoid if they can. That being said, if you live in NYC, you're probably going to have to put up with some noise. At least it's good fodder for comedy.

When the worst in New Yorkers comes out, his office responds

Q&A with Hassan Naveed, who runs the Office for the Prevention of Hate Crimes.

Part of the ceiling in a subway tunnel collapsed in Brooklyn on Saturday afternoon, resulting in a three-hour service suspension and long lines awaiting buses.

Part of the ceiling in a subway tunnel collapsed in Brooklyn on Saturday afternoon, resulting in a three-hour service suspension and long lines awaiting buses.