You're enjoying Central Park's bucolic splendor when Nature steps from her passive pose and gently, yet urgently calls you. But did you know you can seek relief inside a seven-sided, porcelain fortress in Parks Department HQ known as "The Septagon?" 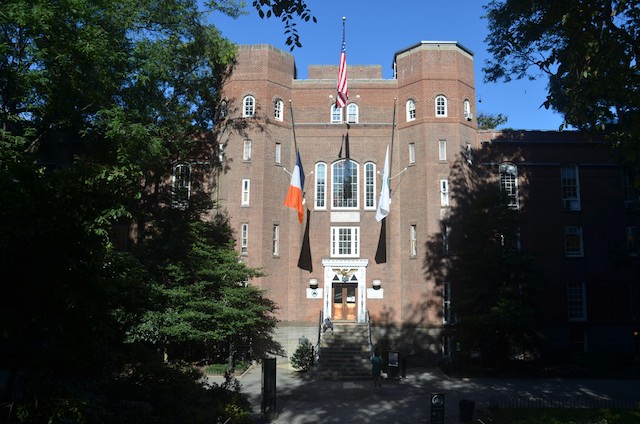 On a recent trip to the Arsenal I walked up to the third floor and noticed a men’s room door that had a name on it: “The Septagon."

Septagon is the rarely used word for a seven-sided object, which is usually called a heptagon.   Indeed this men’s room has seven sides, which are marked on the walls near the ceiling. 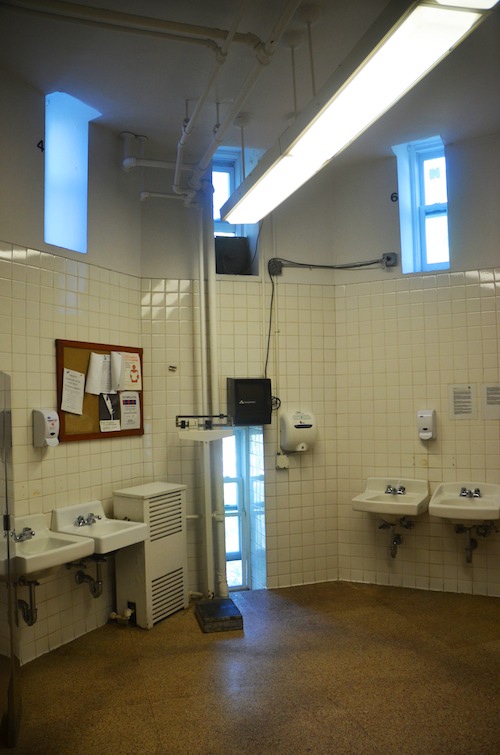 A Parks employee told me that the name goes back to when Henry Stern was running the Parks Department. Apparently Stern loved to give nicknames to people and places.

You’re free to use The Septagon. Just walk in the main entrance, sign the guest book, and proceed up to the third floor. There is a big open exhibit space there, usually for paintings and photographs relating to City parks.   When you get to the third floor, basically make two lefts and there it is.   The Septagon even houses a scale, for your weighing pleasure. Look out, Equinox!

Evan Bindelglass is a journalist, foodie, history buff, and cinephile who has previously toured the Washington Arch at Washington Square Park, the High Bridge, the Second Avenue Subway, and Staten Island’s Freshkills Park for Gothamist.

#central park
#parks department
#original
Do you know the scoop? Comment below or Send us a Tip