After five years in a two-bedroom apartment at a privately run homeless shelter in Prospect Lefferts Gardens, Merlinda Fernandez is getting her own apartment at Marcus Garvey Village in Brownsville. The low-income complex has problems with crime, concentrated poverty, and aggressive policing, but Fernandez can't wait to get there, and to be able to have birthday parties for her six children.

"It's my own apartment," she said, when asked how it would change her life. "Here you don't have freedom." 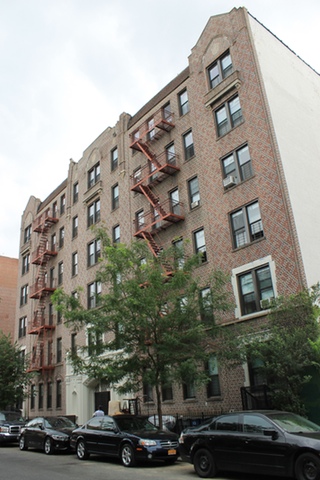 In the contract shelter at 60 Clarkson Ave., for which the city pays landlord Barry Hers, aka Barry Hersko, $3,000 a month per apartment to house homeless families—and millions more a year to a nonprofit thought to be operated by Hers—birthday parties aren't allowed in the common areas. Between the building's mice and roach infestations, collapsing ceilings, fires, grimy halls, violent crime and burglaries, and lobby doors that don't lock, the birthday party ban may seem minor, but it's part of what has kept the shelter from feeling like a home these five years, Fernandez said. And now, the dozens of residents are facing removal to buildings owned by the same landlord, where Fernandez and advocates say conditions are even worse.

The latest development in the sad saga of 60 Clarkson began on June 29th, when residents received notices saying they must leave the following day, as Pix11 first reported. Tenants said Hers offered to house them in other buildings he owns, but Fernandez took one visit to 401 E. 21st St. in Ditmas Park and said the only way she would leave 60 Clarkson early is if marshals come and force her out. She described being threatened by a drug dealer in front of 401 E. 21st, seeing people smoking crack in the common areas, and in the apartment, rodent holes, no fire extinguisher, and no lock on the door or fire escape gate.

"Someone could break right in and take one of my kids," she said.

Photos which she said were taken inside the building show rodent feces, roaches, cracked and rotting walls and floors, and a door with broken hinges. A man who regularly visits his children at the shelter said there are "mice constantly" and the landlord's repair jobs often create more problems, but that residents, paying and shelter-program alike, have "a lot of unity." Over the last two weeks, only two families have left 60 Clarkson, according to Fernandez and a longtime resident's daughter, and after the Pix11 story aired, activist groups have mobilized around the shelter residents. 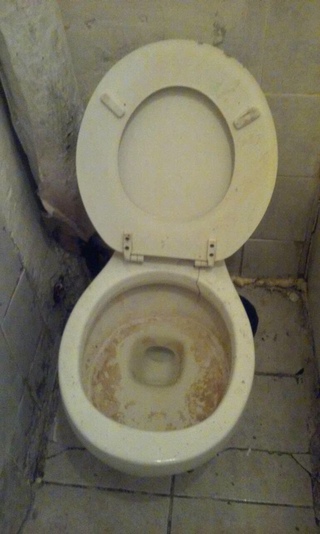 The building is a so-called cluster site, a type of for-profit shelter favored by former mayor Michael Bloomberg, who drastically expanded the city's reliance on the model. Over the last several years, Hers has freed up all but a handful of the building's 83 apartments, which were rent-stabilized, by evicting and otherwise pressuring the paying tenants, according to neighbors and WNYC.

Last year, Hers cut ties with social services provider CAMBA and brought on the newly formed We Always Care, which tenants and advocates understand to be controlled by him, though his name is not on its publicly available paperwork. The Legal Aid Society is arguing that the shelter residents should have tenancy rights and tenant groups are arguing that those facing removal should be able to stay in their apartments as rent-stabilized tenants. The coalition has scheduled a rally and community meeting at the building for this Wednesday at 7 p.m.

It is unclear how far the gambit will go—Tenants and Neighbors cites a legal effort that stopped the conversion of the Section 8 complex Noble Drew Ali Plaza in Brownsville into a private shelter in the mid-2000s as proof something similar can be done here. A spokeswoman for the Department of Homeless Services said it is looking into tenants' claims about problems at other Hers properties and suggested it would be irresponsible to publish this article without waiting days for the agency's response.

On Friday, the department posted letters at 60 Clarkson saying people don't have to leave immediately, but that it is planning to stop using the building as a shelter and is "identifying units within the We Always Care cluster and the 5 boroughs," pledging that any move will have "minimal impact."

A man who answered a cellphone number Hers has been reached at in the past said, "I don't know what you're talking about—you have the wrong number," and went silent when asked further questions. A call to Hers's real estate brokerage in Borough Park was not immediately returned. A staffer at the We Always Care office inside 60 Clarkson refused to give his name, saying he was not authorized to speak to the press, but denied that the organization is controlled by Hers. Questioned further, he objected to activists referring to the removal of shelter residents as "evictions," and said that homeless residents always have the option of going someplace else:

Are people living in substandard conditions? Absolutely. Is the city aware of it? Absolutely. Is there things being done to address that? Absolutely...Anything can happen. There was a day in the winter when we had no power, and that's because something happened with Con Edison. When Sandy happened, I'm sure a lot of people didn't want to be displaced, but if a building has violations and you feel like you're living with substandard conditions, and you're being transferred to another facility, then you should welcome that. If you go to that other facility and you don't like it, you don't have to stay there.

Fernandez is active at nearby Ebbetts Field Middle School, where she said many shelter kids go. DHS is telling people to get packed and ready to move, and she said residents are being told they can take just two bags of belongings with them, per person, meaning they have to leave behind furniture they've accumulated, as well as Salvation-Army-provided TVs, which are over the department's 27-inch size limit. Tenants and Neighbors organizer Jennifer Berkley said any move would rip the fabric of what has become a community. 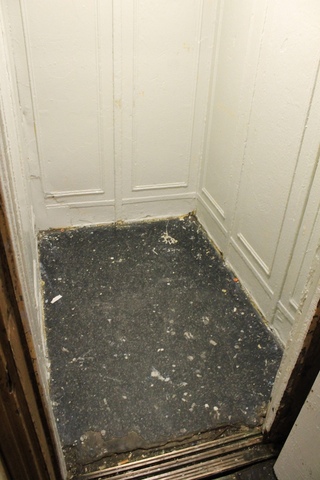 The elevator at 60 Clarkson smells like garbage, its floor is coated with grime, and its squeaks and lurches don't inspire confidence. The building has a long history of code violations, and three of the four currently open are for failure to maintain the elevator. (Nathan Tempey/Gothamist)

"[Residents] participate in block parties, they send their kids to the public schools, they're active in local civic life," she said. "It's a community. You can't just destroy that because you see dollar signs when you close your eyes."

Fernandez said roughly half of her neighbors have qualified for various rent-voucher programs in the last few weeks, but that they need more time to find apartments because landlords won't accept the vouchers, discrimination that is a crime under the NYC Human Rights Law. Fernandez secured a Section 8 voucher weeks ago but said she was rejected outright by 10 landlords and one broker, all of whom said she had too many children. Discrimination on the basis of family size can also be illegal under federal law.

In Fernandez's apartment this morning, her linoleum floors were sticky, a condition she said was permanent, caused by a fire in the apartment before she moved in. Roaches and flies crawled along the ceiling and swarmed over her kitchen counters despite what she said is thousands of dollars she has spent on pesticide and traps. She is busy packing but said she is waiting to open toys she'd received from Toys for Tots because she didn't want them to become infested.

Hers bought the building at foreclosure for $1.5 million in 1995, according to city records, and could stand to profit handsomely by selling it now that the New York Times Real Estate section is declaring the neighborhood "On the Map."

We Always Care is in the middle of a two-year, $17.5-million city contract for operating its private shelters. On incorporation paperwork filed with the state, where the organization is supposed to list social services it provides, the field is left blank.

In a statement provided through a spokeswoman, the Department of Homeless Services's Jahmani Hilton, deputy commissioner for family programs said the following:

“DHS has a legal and moral obligation to shelter anyone who needs it. Ultimately, DHS's goal is to find suitable and sustainable pathways to permanent housing for our clients. When exiting or transferring any family, we have a client-focused approach that is individualized and addresses their specific needs with least disruption to their lives.”

The spokeswoman said further that the city wants to move away from the cluster site model, and it has phased out many facilities already.