Inside the Apartment of a Peeping Tom 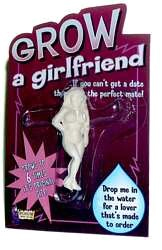 When a colleague at the Legal Aid Society discovered that Peter Barta had been secretly recording his co-workers changing clothes with the use of a hidden camera placed in their offices, police were called to investigate. The cops eventually searched the 32-year-old lawyer's apartment and collected boxes of material they considered possible evidence. The New York Post ferreted out the contents of these boxes from what it describes as "wacky court documents."

Barta faces charges of unlawful surveillance and could be sentenced to four years in prison. His lawyer says that his client would like to plead guilty, to spare his recorded co-workers the embarrassment of a trial.