Inside Empire Stores, The Newly-Renovated Civil War-Era Warehouse In Brooklyn After two years of drastic renovations, Empire Stores, a sprawling warehouse complex on the DUMBO waterfront, is up and running. And boy, are the views ever sweet. With most of its original architecture (dating back to the late 1800s), schist stone walling, 14 foot ceilings, and wooden timbers still intact, the building is the latest addition to the neighborhood's burgeoning supply of ye olde renovated spaces.

Along with serving as the new home of numerous tech and advertising companies, sections of Empire Stores will also be open to the public—including a massive West Elm storefront. A rooftop deck is already accessible via newly-installed stairs in the complex's open courtyard, and both an indoor food market and museum run by the Brooklyn Historical Society are in development. All told, it's a impressive turn of events for a 19th Century warehouse that had stood vacant since the 1960s. 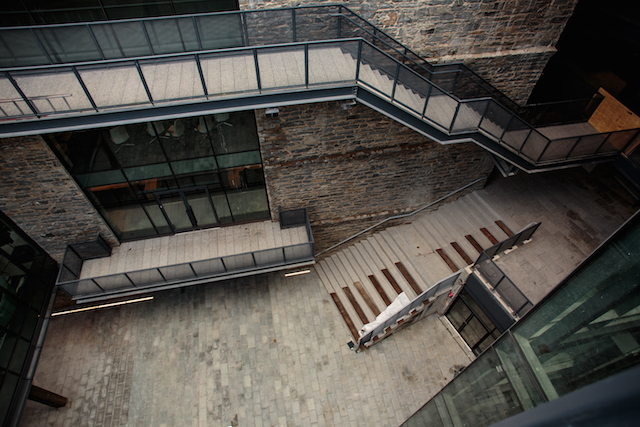 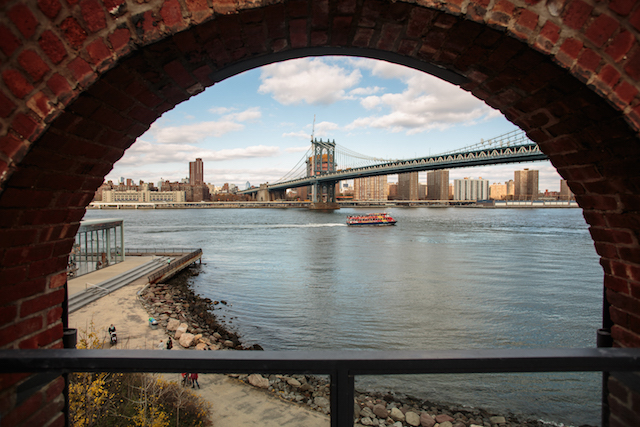 "The building was typical of that era, and at one point there were hundreds of buildings that lined the waterfront. Now, most of them are gone," Midtown Equities Director of Leasing David Beare said Thursday. Beare's company has overseen the work done at Empire Stores, and spoke with pride about the final product, which maintains much of the building's original character. "We brought it to a 21st Century, state-of-the-art infrastructure level, but we preserved all of the original architectural details."

On the street, Empire Store's 450-foot façade has been largely restored, with newly-furnished metal doors replacing the old iron gates that covered each window opening. The original gates, along with some of the chutes and funnels that once carried untold tons of coffee beans throughout the building, are still around, piled up in an unfinished room on the second floor. "We'll find a use for them," Beare said. "They're definitely sticking around." 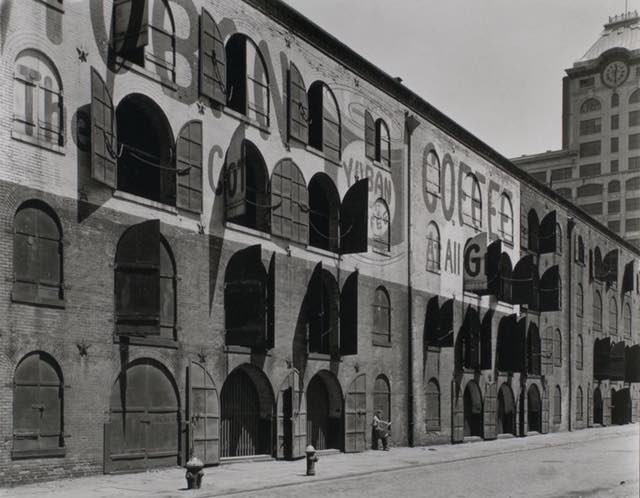 In the 1930s. (Photo by Berenice Abbott/Courtesy of the NYPL)

#coffee warehouse
#dumbo
#empire stores
#real estate
#warehouse
#original
Do you know the scoop? Comment below or Send us a Tip