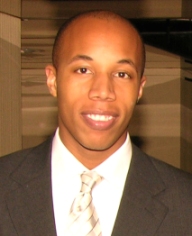 The family and friends of the Brooklyn resident killed early Saturday morning by a hit-and-run driver hope that someone will step forward with information. Matthew Hopkins was crossing Park Avenue South at 22nd Street when a speeding car traveling south hit him near 4AM. The car didn't stop and Hopkins was later pronounced dead at Bellevue.

Hopkins' friends and family are offering a $5,000 reward toward any information that leads to the capture of the driver and urges people to call Crime Stoppers (800-577-TIPS). The police had said they were looking for a 1991 maroon Honda with damage to the front.

Hopkins, who graduated from Hampton University and moved to NYC to be with his girlfriend, had been working as a marketing coordinator at VNU and hoped to get his MBA. A few Gothamist readers who knew Matt commented; one wrote, "I worked with Matt, and I speak for all of his coworkers when I say that he was the sweetest, most patient and most human person in this office."