The photograph ended up on the cover of the Daily News and the suspect, Dan Hoyt, surrendered to the police.

During the span of a few days in last August 2005, police say that Hoyt, the chef of vegetarian restaurant Quintessence, repeatedly masturbated on subway platforms or trains, usually along the N/R line. A police spokesperson described an incident where he stepped out of behind a pillar at the 8th Street N/R station, to approach a woman with his penis exposed; he then boarded the train after her. The next day, he showed his penis to a subway rider while yelling, "Hey, you want to see something?"

In 2006, NY Magazine spoke to Hoyt about his behavior:

Since 1994, when he was arrested for a lewd display on the 8th Street N/R platform, his thrill-seeking hadn’t gotten him into trouble with the law again—until recently. Hoyt says he doesn’t make a habit of touching himself on the subway, but he occasionally reveals his penis in other settings. “There have been situations in a bar or nightclub where you’re fooling around with somebody and yeah, you’re exposed. It’s nothing really accessible. Just sort of hidden, but risky. If someone looked closely, they could see what’s going on.”

Some people are offended. “Everybody has their limitations,” Hoyt says. “For some people, it’s very, very wrong. Everybody has things to hide—things they don’t tell their best friend. I’ve seen Websites with scat and stuff and I think, What? Who would possibly be excited about that? But there are people who probably look at me and say, ‘How could that possibly be exciting in any way?’ ” As for his R-train exploits, Hoyt says, “I’ve met women who enjoy it. After this incident happened, I had a woman tell me, ‘You know, that sounds exciting to me.’ She wouldn’t mind being on the other end.”

He was also angry at Nguyen for sharing the photograph of him: "I wouldn’t imagine somebody throwing it up on the Internet for millions of people and destroying your life like that. It’s one thing to take it to the police. But on the Internet, I read a lot of people saying, ‘That was not too cool of her. That was really screwed up.'"

Hoyt also seemed a bit delusional; he told NY Mag that if he and Nguyen "had only met under different circumstances, she might really like him. 'You know, she’d go, "That guy’s pretty cool. He’s got this restaurant, and he’s fun,"' Hoyt says. 'She’d probably want to go out with me.'" 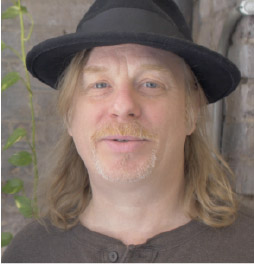 That year, he was given two years probation for a misdemeanor. His lawyer at the time said, "He realizes that he has some psychiatric issues that he has to deal with, and he’s very remorseful. He is dealing very seriously with this, and knows it is something that can’t happen again.”

In 2008, Hoyt was arrested again for exposing his penis at the Eastern Parkway—Franklin Avenue subway station.

In yesterday's incident, police say that Sergeant Clyde Jasmin and Police Officers Atik Hossain and Eric Mayid were responding to a 911 call about a "disorderly person" at the 8th Street N/R station: "After the officers’ arrival they were able to contact the 25-year-old woman who had reported that the man approached her while she was standing on the platform, pulled his pants off, and began to touch himself while he made inappropriate sexual comments to her. The officers searched for the suspect and were able to locate the man on the south end of the southbound platform."

When NYPD Special Victims Unit detectives ran his name, they found that Hoyt was also suspected of "two similar crimes at the same subway station on January 1st and 2nd. A line up was conducted and the suspect was positively identified as the individual wanted for all three incidents."

Hoyt was charged with resisting arrest, harassment and three counts of public lewdness. And these days, the NYPD and MTA urge subway riders to report any inappropriate mass transit behavior: Here is the MTA website where you can detail the incident, as well upload a photo.

#arrest
#Dan Hoyt
#nypd
#subway masturbator
#subway pervert
Do you know the scoop? Comment below or Send us a Tip