With time running out on the Bloomberg era, it looks like the Mayor may have squeezed one more thing into his legacy: a stadium deal for New York City FC, who will join Major League Soccer in 2015.

Capital New York's Dana Rubenstein has published details of a confidential outline for a deal that would see a stadium built on a 10-acre plot in the South Bronx. The plot is the same as was rumored back in August, covering three parking lots near Yankee Stadium and the home of GAL Manufacturing, an elevator parts company.

While the stadium would still be constructed using private funds (as has been the plan since the beginning), new details about public sweeteners have emerged. The team would be given a 99-year lease, where fair market rent would only start to be paid 38 years into the lease. City-backed tax exempt bonds would help to finance the project, and other tax breaks could be given. The Daily News' Juan Gonzalez (who broke the CityTime scandal) wonders why the city would give take breaks to an "Arab firm."

The deal isn't finalized, and one unknown is whether Mayor-elect de Blasio will approve the plan. The current timeline, barring any snags, would have the stadium open in time for the 2018 MLS season. The team is expected to play in Yankee Stadium until that time, although such details have not formally been announced.

In what was likely the worst kept secret of the MLS season, New York City FC announced Tuesday night that their first head coach will be Real Salt Lake coach Jason Kreis. 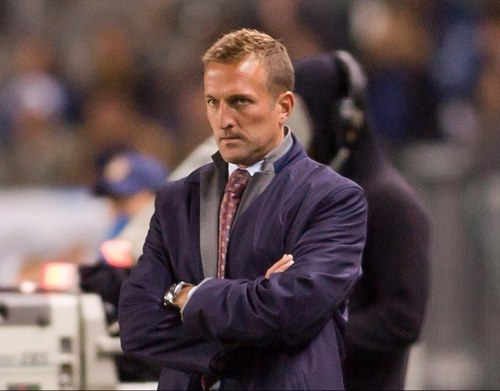 Kreis, a league legend during his playing days at the Dallas Burn and Real Salt Lake, had been RSL's head coach since his retirement in 2007. Kreis' leadership brought Salt Lake one MLS Cup in 2009 and a lot of runners up medals. In 2013, RSL was seen missing the Supporters' Shield by three points, losing the US Open Cup at home to a wretched DC United side, and losing the MLS Cup this past weekend on penalties to Sporting Kansas City.

The departure had been rumored for the entire playoff run, with Kreis openly admitting in the run-up to the MLS Cup that it could be his last game with the team. In a statement released by NYC FC, Kreis spoke of the opportunity in front of him to prepare the team for their 2015 debut:

I am looking forward to making my contribution to New York City FC from the very outset. The opportunity to develop the first professional club based in New York City was impossible to pass up as was the chance to immerse myself in the football operations in Manchester observing some of the leading figures in European football. There will be a lot to do before our inaugural season in 2015, but I’m confident that with the support teams in the City organization, we will be well placed to hit the ground running.

Kreis will work in England for an unspecified period of time in 2014, working to become "immersed in all aspects of Manchester City FC, observing in particular, the club’s approach to coaching, training, and player development, with the goal of applying similar approaches to New York City FC."

Kreis is no stranger to his future cross-town rival Mike Petke; here's a memorable brawl from 2002 involving the two:

Tuesday morning at the W Hotel in Hoboken, we had a chance to speak to Roxburgh about the "interesting adventure" that he had predicted 2013 would be. The 70-year-old Scot beamed about what the team was able to accomplish in 2013, both on the field (winning the Supporters' Shield) and off (opening their new training facility). There was no real talk of playoff failure or hardships over the year; instead, Roxburgh focused on the team's spirit and heart over the campaign, and provided some insight into what fans should expect over the coming months. 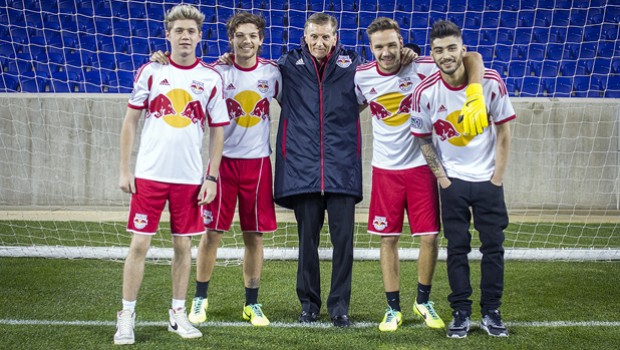 With pre-season fast approaching, Roxburgh detailed a London tour he and head coach Mike Petke will take over the next week. The pair will observing training routines and chat with the head coaches of Tottenham Hotspur, Arsenal, and Chelsea. Roxburgh described it as part of an effort to "refresh our ideas and refreshing our thoughts - not to copy anybody, but our thoughts on training and methods and so on."

Following the holidays and the traditional round of combines and drafts in early January, the team plans on making two trips to Orlando for training. The second trip will almost assuredly involve a tournament, most likely the Walt Disney World Pro Soccer Classic, which the team has not been a part of since 2010.

For once, Red Bulls fans shouldn't expect a massive rebuilding this offseason. "What we want on this team is continuity. Here's a team that won the league, won the Shield. Why would we make dramatic changes? What we want to do is top certain things up, modify certain things. So we're doing the absolute utmost to retain as much of the squad as we can." As for where a 'topping up' might occur, Roxburgh expressed interest in bringing in a creative player to the attack, as well as some different options at outside back.

With team captain Thierry Henry reaching the last year of his contract, some open question marks remain with the fans and media about how the team would rebuild after his retirement. But Roxburgh remained optimistic that it may not actually be Henry's last season with the team. "There's no reason he couldn't extend [his contract]. Right now, I don't think he's thinking like that. When I said down with him when the season finished, I asked him straight out, 'Are we playing next season?'. 'Yes,' immediately, as soon as I asked him. He said 'I'm very optimistic about the way things are going, and I want to be involved in it'."

Discussion turned to big-name designated players, and whether the team would pick up a third in this offseason. Roxburgh detailed the challenges of trying to find a player that added a new dimension to the team, was not at retirement age, and was available for purchase. But he indicated that ownership was game, and that a pivot had occurred from previous thinking: "[The owner] is not talking about branding. The view is the branding for us is the team. For us, the DP is the team. And so if the team's better, if the stadium's full, if the team's winning, if all of that's going on, it's not about some individual whose face is on the billboards."

Lastly, when looking ahead to 2015 and the arrival of NYC FC, Roxburgh spoke to it as "fantastic" and expects it to be "the first real, home-town rivalry" in MLS, on the lines of Rangers-Celtic or Liverpool-Everton. And Roxburgh expects to have a leg up on what he dubbed "the noisy neighbors" for one key reason, which long-time MetroStars fans may take issue with:

"We have one enormous advantage. We get history that they don't have, and you can't buy history. Takes time to build that, you can't buy it. You can't just walk in and have history. They'll have to develop that and grow history now. We've been here. We've got our stadium, we've got our training ground. We've won our league. And so there's a history now, and we build on that history."