When residents of northeast Queens head to the polls on November 6th, they'll encounter two familiar names running for state Senate: Jon Liu, the former comptroller and mayoral candidate who captured the Democratic nomination, and current Senator Tony Avella, a veteran Democratic politician who was knocked off the party line by Liu as part of the anti-IDC wave last month. Avella has vowed to fight to keep his seat via the Women's Equality Party and Independence Party lines, but is admittedly broke, and most observers expect Liu will win easily.

On the Republican ticket, and hoping to capitalize on the left's warring factions, is Vickie Paladino. A first-time candidate, the 63-year-old Paladino got her start in politics after footage of her shouting at Mayor Bill de Blasio for disrespecting the police went semi-viral. She joined fellow shouter Bo Dietl's mayoral campaign on the strength of that video, then launched her own state Senate run, beating her GOP-backed opponent Simon Minching by 420 votes in the Republican primary. After the Queens GOP distanced itself from her over tax issues and controversial statements, she made that rift a centerpiece of her campaign—earning her favorable comparisons to President Trump as an anti-establishment rabble rouser.

In media appearances, Paladino is plucky and affectionate, rattling off folksy expressions—Avella's third-party run is "the best thing since ice cream"—while generally living up to her viral moniker as the "Italian Auntie From Queens." She wades into national politics occasionally, but mostly sticks to local nuisances, like property taxes and bike lanes, which she says are being imposed on her community by the Manhattan elite. She is quick to cast herself as a moderate candidate with broad support from both parties—likely a necessity in a district where Democrats have a significant registration advantage.

But on social media, Paladino is different. Her Facebook and Twitter accounts are a cesspool of bigotry and paranoia, much of it fueled by a pathological fear of all things Antifa (a boogyman that includes masked protesters, but also Jon Liu and Mayor de Blasio). She regularly retweets explicitly white supremacist and anti-semitic accounts, rails against "illegals," and once liked a tweet suggesting politicians should "stop catering to Asians" (she claims this was an accident). On Facebook, she decries the "twisted LGBT activist community" and describes the reaction to the president's family separation policy as "phony media hysteria," while sharing posts from alt-right icons like Paul Joseph Watson. 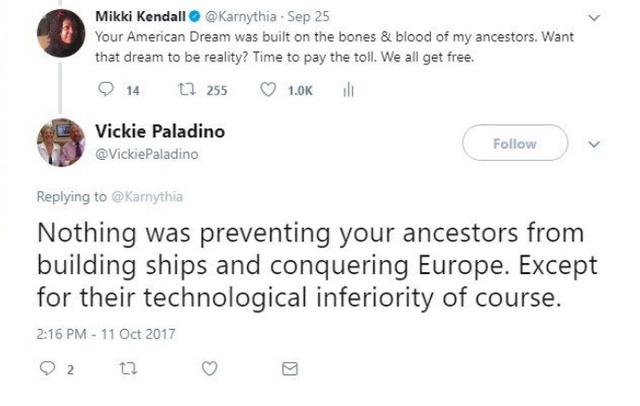 Paladino also seems to have an affinity for the Proud Boys, the far-right ultranationalist gang whose violent clash with antifascist protesters outside the Metropolitan Republican Club made national news this weekend. She claims the group once defended her from "left-wing thugs" after she appeared at a screening of Dinesh D'Souza's Death of a Nation (a film in which antifacists are compared to Nazis). Over the weekend, she retweeted an article shared by Franklin Wright, a member of the Proud Boys, defending the group's conduct.

Reached by phone on Tuesday, Paladino struck a conciliatory tone, emphasizing that she doesn't believe in extremism "on either side," and considers herself a centrist. "I hate identity politics," she said, in response to questions about her own tweets. "If somebody wants to call me alt-right, I don't really care. Just don't call me late for dinner."

She went on to stress her support from gay people, Jews, "immigrants who aren't criminals" and the "fabulous Asian community," adding that, "Anything I say comes from my heart—that's why I have the type of following that I have." Asked about specific posts—a tweet from last year apparently blaming slavery on black people's technological inferiority, for example—Paladino was incredulous, insisting that she never wrote such a thing.

In some cases, it's possible that she didn't. Her son and campaign director, Thomas Paladino Jr., handles many of her social media posts, he told Gothamist. He's also active on Gab, a "free speech" website best known for its popularity among neo-Nazis. In recent months, the younger Paladino has urged his 6,107 followers to "buy ammo" to fend off the Democrats, lamented Chicago's "Evil Jewish Mayor's Anti police policies," and not-so-subtly implied that people living in Africa are "savages." Asked about the posts, Paladino Jr., who lives in the Financial District, described Gab as a "raucous free speech network," which he uses "in the spirit of stirring the pot." 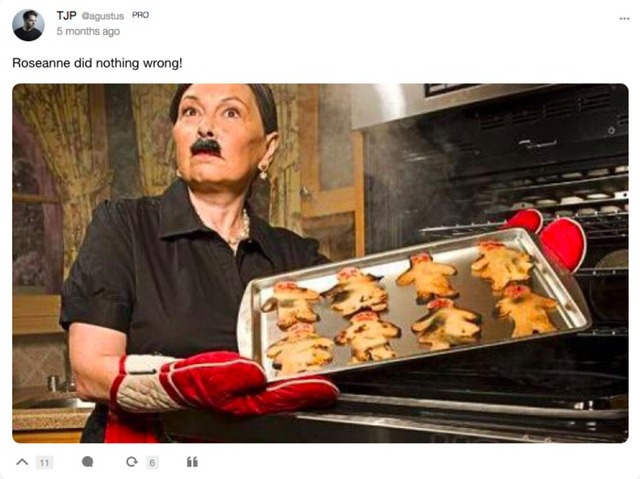 Beyond stirring the pot, the 41-year-old has also used the platform as a recruiting tool for his mother's state Senate run, encouraging his followers to donate to the campaign and follow it on Facebook. He's had some apparent success in this effort. One explicitly white supremacist user, @seamrog, has repeatedly voiced support for Paladino's candidacy, once floating her as a prospective replacement for avowed white nationalist Richard Spencer (Paladino Jr. shared the post). Another Gab account, @NoFoolinTulin, claims to have traveled from Saratoga Springs to attend a fundraiser for Paladino, whose candidacy he's promoted alongside far-right politicians in the U.K. and Israel.

Others attest to the fact that Paladino's extremist online following has reared its head in person. Cindy Grosz, a writer and advocate with the National Council of Young Israel, tells Gothamist that she's seen campaign volunteers joking about "Hitler being a great man," or heard from friends who were mocked for their "Jewish nose" by Paladino volunteers. Though Grosz is also a Trump supporter, she's sounded the alarm about Paladino's popularity among whites supremacists and Nazis, and the fact that the Queens Village Republican Club continues to support her. (The group did not immediately respond to a request for comment).

Another resident of the district named Marie—who teaches at a CUNY school, and asked that we not use her full name—has maintained a Twitter account devoted to cataloging Paladino's incendiary comments. "It's hard to know if voters in this district, which includes a large number of older constituents as well as Asian immigrants, are even aware of Paladino's extremist views," she told Gothamist. "Avella's rogue status as an independent makes this race even more unpredictable."

While there hasn't been any public polling in the race, Liu is widely considered the frontrunner in a district that's voted Democratic every election since Avella defeated Republican Frank Padavan in 2010. But Paladino's success so far is a symptom of a Republican party that continues to absorb increasingly vocal fringe elements, whose leadership at both the state and national level seems hesitant—or altogether unwilling—to denounce violent, hateful extremists.

"Vickie have never once come out and apologized, while these people use her campaign to voice views that nobody would've accepted before," Grosz said. "That this is allowed to happen in the Republican party is just not acceptable."