President Trump's nominee to become the next FBI director has billed New Jersey taxpayers $2.1 million while representing Governor Chris Christie in connection with the Bridgegate investigations.

WNYC and the Asbury Park Press report, based on records provided in response to public records requests, that Wray and his firm's near-secret legal work for Christie continued at least until late April, and may be ongoing. Christie has maintained his innocence throughout the federal investigation and the prosecutions that earned his high-ranking allies prison terms, even as those convicted said he was directly involved in the George Washington Bridge lane closures. The closures were meant as political retribution after the mayor of Fort Lee declined to endorse Christie.

Wray billed New Jersey taxpayers $340 an hour, and spent more than $14,000 on travel and meals, including one $1,963.40 plane ticket after the aides' trial ended last November, according to the reports.

Wray is a partner at the firm King & Spalding and has phone numbers at its offices in Washington, New York, and Atlanta. First-class, next-day, round-trip tickets from Atlanta to Newark currently start at $1,009, according to a Kayak search. 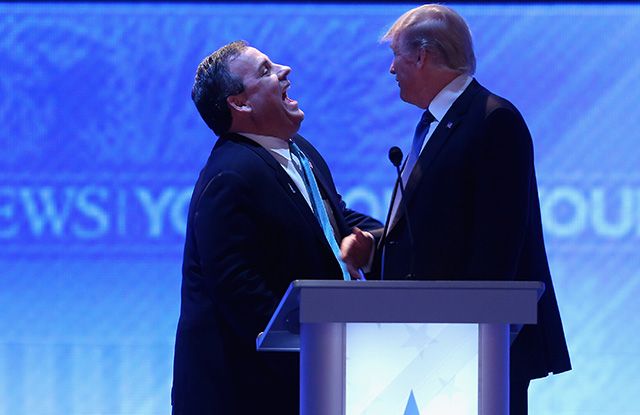 Speaking to reporters about Wray following Trump's announcement earlier this month, Christie said, "When I had to retain legal counsel during a very, very troubling, confusing, difficult time for me, I made one phone call, and that was to Chris Wray."

Wray's work in the Bridgegate case didn't become public until 2016, nearly two years after his hiring, when a Christie spokesman informed reporters that a cellphone that Christie had said prosecutors had was actually in Wray's possession. Two of the three former Christie aides indicted tried to get their hands on the phone to show what they said was Christie's direction of the lane-closure plot, but a judge blocked their subpoenas.

Wray's millions in bills come on top of the more than $11 million Christie spent of New Jersey taxpayer money on an internal "investigation" by the white-shoe firm Gibson Dunn. The investigation cleared Christie and blamed his deputy chief of staff, Bridget Anne Kelly. The lawyers who conducted the probe conveniently failed to take notes memorializing the interviews that led them to this conclusion.

Wray is not the only Bridgegate attorney in the running for a job in federal law enforcement. NJ.com reports that Craig Carpenito, who was paid $150 an hour in taxpayer money to defend Christie against a criminal complaint by a Jersey activist alleging official misconduct, is Christie's recommendation to be the next U.S. attorney for New Jersey. 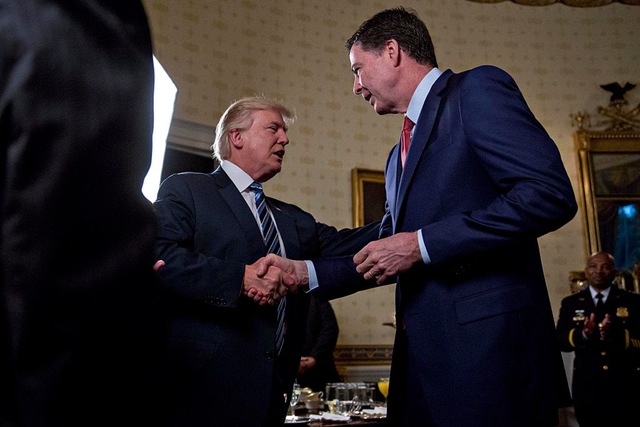 Trump goes in for a hug that Comey doesn't want at a January function after Comey's plan to blend into the drapes failed. (Getty)

Lawmakers have praised Wray as an accomplished federal law enforcement official, but some also note that his work in private practice could pose serious conflicts of interest as leader of the FBI. Under President George W. Bush, Wray ran the Justice Department's criminal division, working closely with deposed FBI director James Comey, among others. During his tenure, he oversaw an investigation into Enron. He also declined to prosecute two men who tortured a prisoner to death at Abu Ghraib prison in Iraq, and apparently worked on the federal media messaging in response to the Abu Ghraib scandal.

As far as his private sector work, Wray's connections to Russia in particular have Trump critics reaching for the torches. (Trump, if you'll recall, has said he decided to fire James Comey after deciding, "You know, this Russia thing with Trump and Russia is a made-up story," and reportedly told Russian officials at the White House, "I faced great pressure because of Russia. That’s taken off.")

At King & Spalding, Wray represented "an energy company president in a criminal investigation by Russian authorities," according to an old version of his corporate bio. That detail has been deleted between December and this month, CNN reported today. The firm where he is a partner also represents Rosneft and Gazprom, two major state-owned Russian oil companies. President Obama's sanctions on Russia hampered a $500-billion drilling deal the company had with Exxon, where now-Secretary of State Rex Tillerson was CEO, and lifting them would be a boon to both companies. Rosneft also comes up in former British MI6 agent Christopher Steele's unverified dossier as a possible source of bribes for Trump to lift sanctions.

Gazprom has worked closely with former Trump campaign manager Paul Manafort and is run by people close to Russian President Vladmir Putin. A Ukrainian partner of Gazprom's is under federal indictment in Chicago.

Christie's office did not respond to an email seeking comment.