Ike About to Strike 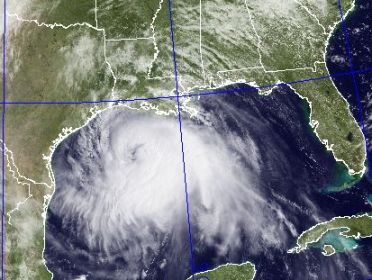 In 1900 the barrier island city Galveston was the shiny, growing metropolis of the Texas coast. Houston was a swampy backwater. On September 8th of that year a hurricane struck Galveston, killing over 6000 people in the city (10,000 - 12,000 overall) and destroying 3600 buildings. In the rebuilding process the city of Galveston was raised several feet and a seawall was erected to protect the city.

The 15-25-foot high storm surge later today from Hurricane Ike may well inundate the city and the National Hurricane Center is warning "Persons not heeding evacuation orders in single family one or two story homes may face certain death." Ike currently has maximum sustained winds around 105 mph and is expected to strengthen before making landfall. Tropical storm strength winds extend for 250 miles from Ike and warnings are posted along the entire Texas and Louisiana coasts.

Our local forecast pales in comparison. With the possible exception of Sunday, skies should remain mostly cloudy through Monday. A low pressure system over the Great Lakes may kick off a few isolated showers this afternoon and evening. Stronger showers, and perhaps a thunderstorm, are a good bet late tonight and throughout the day tomorrow. Tomorrow should at least be warm, with a high in the mid 80s. Depending on how long the sun comes out on Sunday there's a chance the temperature could top out around 90 degrees. If clouds prevail the high will remain in the 80s.

Monday's forecast is uncertain at this point. Hurricane Ike should get caught up in the westerlies as it moves inland tomorrow. The remnants of the storm look like they may arrive here on Monday or Tuesday. We are looking at a sunny and seasonable week once Ike is out of the picture.