If You Accidentally Delivered 50 Pounds Of Weed To The Wrong House, You Can Claim It Here

Delivering a couple grams of marijuana is easy; all you need is a bike and a beard. But delivering 50 pounds of grass is a horse of a different color. Wait, did that horse just literally change color? I swear it was brown, now it's white. Ah, there are two horses, my bad. Man, I am so stoned. Where the heeeeeelllll are my keys? OH ha I left them in the door. Okay. Exhale. Where am I supposed to take all this weed? Sure, that house looks chill, Happy Halloween, bro!

Where were we? Ah, yes, the classic marijuana delivery gone awry. It happened one unseasonably warm Autumn afternoon (Tuesday) in Hazlet, New Jersey (that's near Sandy Hook), where several boxes were mysteriously deposited outside somebody's house. The delivery was addressed to an individual who doesn't reside at the address; inside the boxes, 31 bundles of pot, each sealed in plastic, 50 pounds total. Daaaaamn: 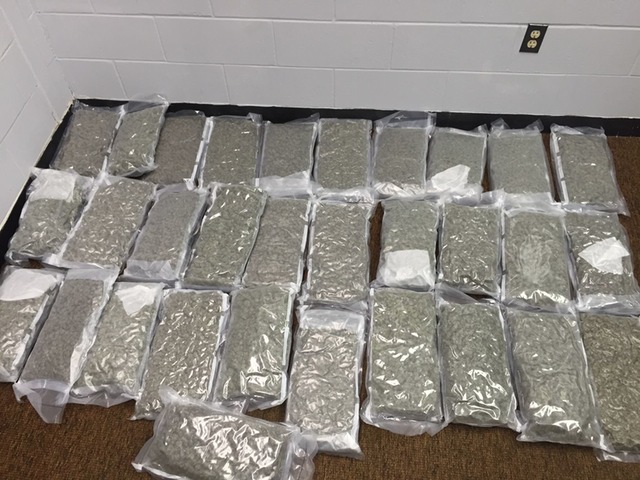 The fine upstanding citizens who reside at that address decided against keeping nature's bounty for themselves, and instead called the local constabulary, who appropriated the reefer. And in an attempt to locate the rightful recipient of all that grass, Hazlet police helpfully posted this Facebook message: "If you were expecting these packages and would like to claim them, please come to Police Headquarters." How courteous!

Doesn't it seem a little suspicious that the cops would just let someone walk into the police station and claim such a fat stash of weed? I'm probably just being paranoid. Who's up for a road trip to Jersey?

#grass
#marijuana
#new jersey
#oopsy
#pot
#reefer
#smoke
#war on drugs
Do you know the scoop? Comment below or Send us a Tip