It's the day for the Apple iPhone to be released to the public, and the public is doing its job to feed into the media frenzy. If you're not on line waiting for the iPhone, you've either seen people waiting on line or mocked people waiting on line (while secretly coveting one, of course). WCBS has some photographs of people on line this morning - someone even brought his dog, which is named Beta! David Clayman, second in line, has been blogging about his waiting at iPhone Adventure. And earlier this week, on the luck of seven interviewed the person at the head of the line, Greg Packer, and Clayman - here's the video. 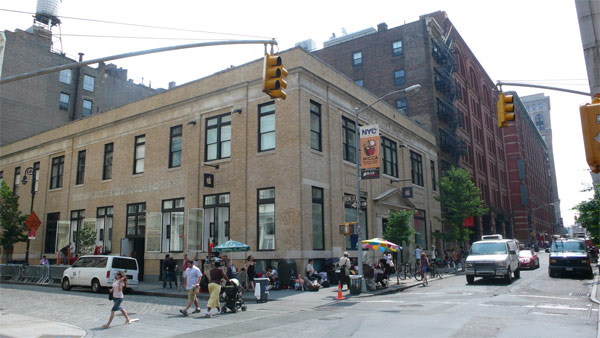 We'll be updating this post with updates, so let us know what you're seeing and hearing. So far, we hear that the line is only 10 deep at AT&T stores. Which makes sense, because who wants to be the dope waiting outside the AT&T store?

And we'll be at the release tonight, possibly wearing body armor.

Update: This comes in from Fox News. They were doing a live report with a Newsweek columnist Steven Levy, and someone just walked up during the interview and tried to grab his iPhone, but gets the mic instead. Looks like our prediction is very real.

Gizmodo is using Justin.TV technology to live video broadcast from the SF line. Interesting if you want to experience the line, but from the comfort of your own home.

CollegeHumor comes at us with their first in a series of iPhone spoofs, just in time for launch. This one is focused on the visual voice mail feature.

WCBS 880 got some video of people at the head of the line at Fifth Avenue (video below). Apparently the people have been sponsored by companies to take advantage of the media attention - the people are either paid or wearing free-t-shirts. If a personal hygiene product isn't offering deodorants, we think a great opportunity is lost.