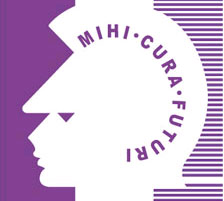 The public school year will end on a scandalous note. An aide at the prestigious Hunter College High School was arrested on charges of raping a 15-year-old student. Timothy Avery, a 25-year-old Staten Island resident, was charged with statutory rape and endangering the welfare of a child. The NY Times reports that "friends of the girl had expressed concerns about the girl’s behavior to school authorities."

Laurel Wright-Hinckson, a spokeswoman for the city Education Department’s Office of the Special Commissioner of Investigation, said that the 15-year-old girl had not been a student of Mr. Avery’s...

The girl, who like Mr. Avery lives on Staten Island, is known to have accompanied Mr. Avery on a bus on at least one occasion from the St. George Ferry Terminal as both returned from Manhattan, Ms. Wright-Hinckson said.

The investigator's office says that Avery had sex with the girl at least five times between November and January.

Avery, who was suspended without pay, denies the charges and told the Daily News, "The only relationship we did have was a friendship. Evidently, she seems to have a crush or something."