Hundreds Gather In Village For Funeral Of Avonte Oquendo

Hundreds of people gathered in the West Village on Saturday for the funeral of Avonte Oquendo. "When he was lost, [the family] never lost hope until his remains were found," said retired New York Cardinal Edward Egan, who delivered a sermon. "We are grateful for Avonte. For his courageous life and the tragedy his death evoked." 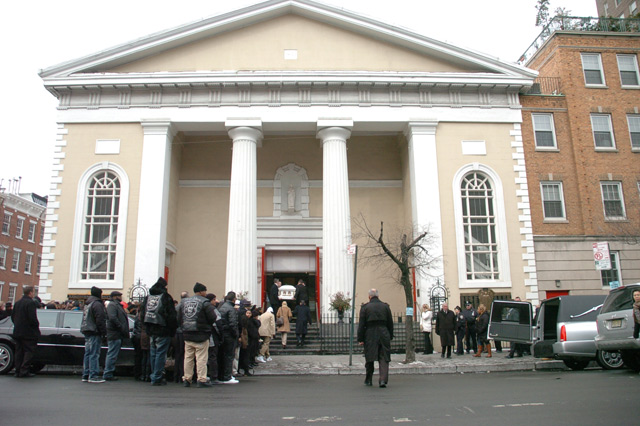 The 14-year-old autistic teen, who had difficulty communicating verbally, went missing more than three months ago after walking away from his school in Long Island City. An extensive citywide search from the NYPD, MTA, and volunteers, with a $95,000 reward offered, yielded no results. On January 16th, human remains were recovered in College Point, Queens, and this week they were confirmed to be his. 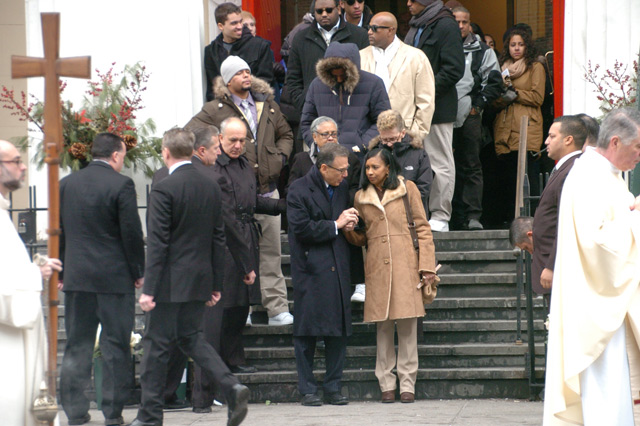 "We in pain. We just need everybody’s help. We in pain right now. Stay with us and help us," Avonte’s cousin Kirk Patrick tearfully said. The family's lawyer, David Perecman, said the family would continue to push for answers about what happened to Avonte while he was missing: "We must stand by the family as we stood by them during the search for Avonte. This should not be the last chapter. We have to examine what happened with great diligence, learn what was not done that should have been done, how did we the guardians of this special chid allow him to vanish." 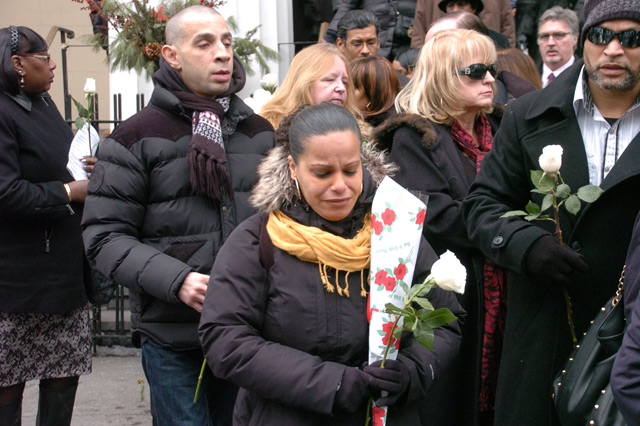 Avonte's mother, Vanessa Fontaine, declined to speak during the ceremony. The family has filed a lawsuit against the city to obtain records related to his disappearance from his school; the family wants those records to be able to file a wrongful death suit.

Senator Charles Schumer has announced that he will introduce legislation called "Avonte's Law" to protect autistic children. According to ABC, the bill would "create and fund a program to provide voluntary tracking devices and expand support services for families with children who have Autism Spectrum Disorder or other developmental disorders."

#avonte oquendo
#avonte's law
#disappearance
#funeral
#Mourning
#west village
Do you know the scoop? Comment below or Send us a Tip