Humans Could Save Money AND Their Planet But They Probably Won't

President Obama continues to allow coal companies to pillage public land, and we call into public radio stations from air conditioned cubicles to bitch about paying 10 cents for a plastic bag, but the argument against fully embracing humanity-saving technology is the same: it costs too much money. A new report cuts into this foolish canard [PDF], and shows that forestalling total annihilation isn't just prudent, it might even be cheap.

The report was prepared by the Global Commission on the Economy and Climate, an independent group of scientists and economists who estimate that $90 trillion is going to be invested in global infrastructure over the next 15 years. Those 15 years also happen to be the most critical point in humanity's history if we wish to prevent a cataclysmic temperature increase of 4 degrees Celsius.

“This is a massive amount of investment firepower that could be geared toward building better cities, and better infrastructure for energy and agriculture,” Jeremy Oppenheim, the report's lead researcher, told the Times. 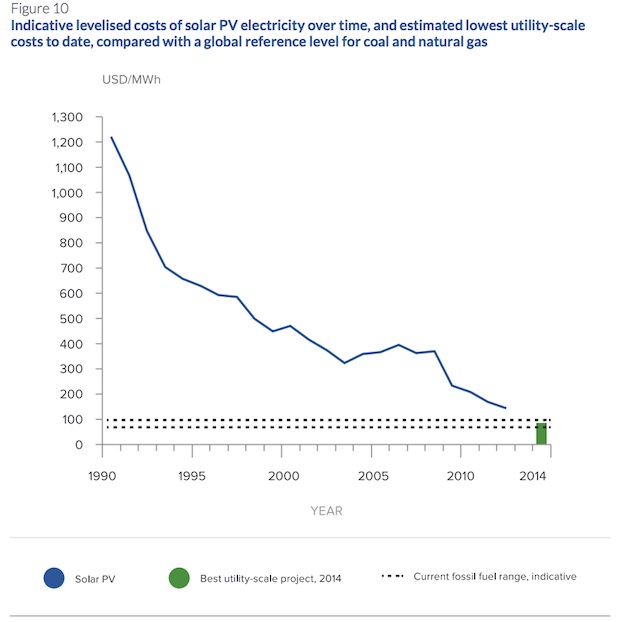 Germany's recent history is encouraging. The country is poised to increase its renewable energy use to nearly 30%, roughly double what the U.S. can muster. The carbon energy sector there is floundering, but unless we're concerned about the prospects of the chain smoking, Jet-Ski riding gang of gypsies who pick the Earth clean of life until life itself is banished back into primordial flutterings on a methane trench, deal with it. No pain, no gain.

The report's most controversial assertion is its estimate on the impact of global warming on mortality rates and their associated costs.

Death by global warming costs money, scientists just aren't sure how much. 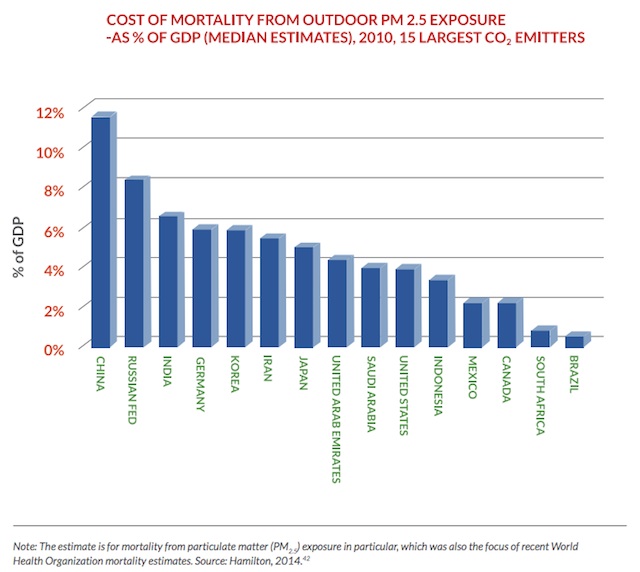 “The assumption and the argument that this can be done for free, that’s from my point of view overly optimistic,” Dr. Ottmar Edenhofer tells the Times. "Yes, you rescue some lives, but to assign monetary values to this is particularly complicated.”

Still, his final assessment of the report: “Climate policy is not a free lunch, but it is a lunch worthwhile to buy."

There is essentially zero evidence that CO2 from humans is causing catastrophic climate change. Someone tell Leo http://t.co/g4ocfyphPu

The Boston Globe has a revealing exchange between a lawyer for the Obama administration and federal Judge Brooke Jackson over a dispute concerning coal mining on public land in Colorado.

The Obama administration’s lawyer, David Glazer, stood with Arch Coal. Glazer told Jackson that the government should not “monetize” the impact of global warming.

“Doesn’t somebody sometime need to take very seriously what the effect that these greenhouse gases is on the world that we live in?” the judge asked Glazer.

“If you only look at the problem from the standpoint of the great benefits to employment and taxes and all those things and you don’t even try to look at what it’s going to cost in terms of global warming, the day is going to come when it’s too late to think about global warming,”

Someone tie that to a piece of bitumen and chuck it through a window at 1600 Pennsylvania Avenue.