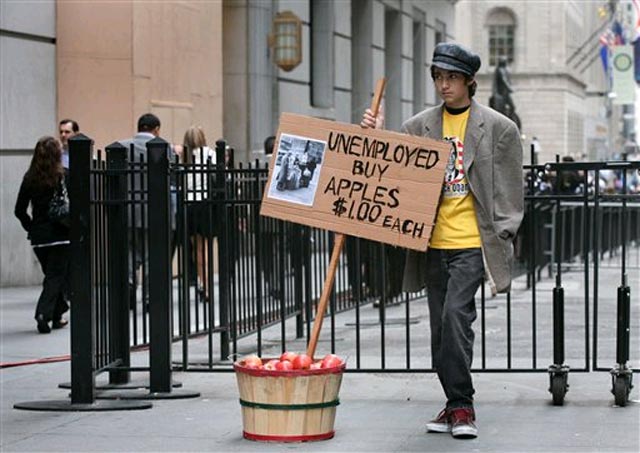 AP photographer Mark Lennihan took this photograph of 13-year-old Jeremy Conroy selling apples in front of the New York Stock Exchange today. Apparently Conroy was "reenacting a scene of boys selling apples during the Great Depression." Like this one.

And NYC is not nicknamed The Big Apple because of apple selling--we subscribe to Barry Popik's explanation, which has roots from 1920s track racing. New York Morning Telegraph track writer John Fitzgerald wrote, "The Big Apple. The dream of every lad that ever threw a leg over a thoroughbred and the goal of all horsemen. There's only one Big Apple. That's New York," and Popik explains, "The 'Big Apple' racing circuit had meant 'the big time,' the place where the big money was to be won."