How Will These New Freelancer Protections Work, Exactly?

Mayor de Blasio is likely to sign into law the nation's first freelancer protections against nonpayment this fall, following a unanimous City Council vote last week. In the broadest terms, the legislation mandates that freelancers be paid in full for their work either by a date set forward in writing, or within 30 days of completing an assigned task. The law also aims to protect freelancers from employer retaliation, and can increase monetary consequences for employers who refuse to pay.

But when one law is intended to protect such a wide swath of workers—according to the Freelancers Union, 38% of the workforce in New York City is freelance—questions arise. If I live in New York City but I'm freelancing for an out-of-state company, do the protections apply? If my employer sends me terms via text or Facebook message, does that count as a legitimate contract? What if I take my employer to court... and lose?

This week, we spoke to the legislation's author, Brooklyn Councilmember Brad Lander, as well as the Freelancers Union, the Department of Consumer Affairs, and attorneys who represent both employers and workers about how the Freelance Isn't Free Act might play out.

What's a freelancer? The definition here is broad: "any natural person," incorporated or not, who is hired as an independent contractor to provide a service in exchange for money. A spokesperson for the Freelancers Union rattled off some examples this week: home healthcare workers, artists, musicians, graphic designers, stage technicians on Broadway, dog walkers, journalists.

Benjamin Dictor, an attorney with the labor law firm Eisner & Dictor, represents unions and individual workers. He urged anyone who thinks they might qualify to exercise these new rights. "Creative cases can advance the law," he said. "The law might be written by a legislative body, but it is plaintiffs that advance it and develop it. Anyone who thinks that their rights have been violated should seek legal counsel."

That is, assuming the amount owed is at least $800—either for one assignment, or for a cluster of assignments within a four month period. (An earlier version of the law mandated contracts for payments of $200 or more.)

What constitutes a contract? Under state contract law, a handshake technically suffices as proof of a contractual agreement. The problem with such a broad definition, Lander says, is that the question of payment can quickly devolve into a he-said, she-said scenario. The new written-contract requirements are basic: name and mailing address of both parties; an itemization of services (walk the dog every day at noon, one 600-word review of Hamilton, etc.), and either a date when payment will be due or an agreement on how that date will be set. A contract can also be casual—convenient, considering how casually many freelance assignments are administered. A committee report accompanying the new legislation says that emails suffice, as do text messages, or a combination of the two. Letters and printed advertisements work as well. The law also requires the Department of Consumer Affairs to post template contracts on its website.

Are any employers excluded from the law? Yes. Freelancers employed by any government—whether that be federal, state, local or foreign—are excluded from the legislation. The logic being, according to Lander's office, that government agencies tend to be paperwork friendly, whereas the legislation is aiming to protect freelancers who might otherwise make agreements without a written contract.

Individuals, it's worth noting, are not excluded. As a freelancer, you could hypothetically go to court over lost wages from the guy who you designed a website for, or the bride whose (at least $800) flower crown you arranged.

What if I live in New York City, but my employer is based somewhere else? Lander said that the law should cover most New York City freelancers, even if the employer is based in, say, Albany, or even another state. "Probably, if you live here, if you are doing the work here, someone out of state who hired you has to comply with our laws," he said. "Now, the reverse in many cases might not be true—if a New York company is hiring a freelancer in Abu Dabi, that person probably does not have a claim under the Freelance Isn't Free act."

"If you are in New York and performing the work in New York it would be expected that an employer hiring in New York abide by the [city's] laws," Dictor concurred. "But it does raise some interesting potential issues when you think of the way it works in the modern world—hiring people over the internet." Dictor anticipates litigation with employers who might not realize they are hiring people who live and work in New York City. 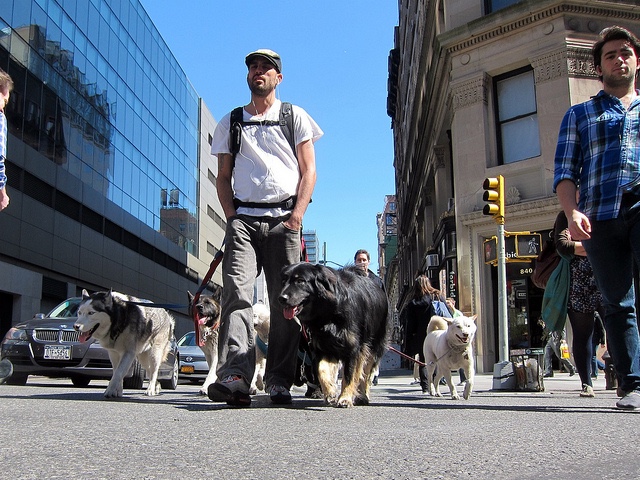 What if my employer isn't paying me, even though I told him about the law? Assuming a degree of noncompliance, Lander says that the law is still written to help freelancers get paid before a judge gets involved. Within two years of allegedly being stiffed, a freelancer can file a complaint with the city's Office of Labor Standards, within the Department of Consumer Affairs. The office director will then draft a certified letter to the employer within 20 days, explaining how the freelancer's contract was allegedly breached. The employer has 20 days to respond. In that window, Lander said, "Hopefully in a lot of cases the hiring party will just pay."

According to the city, 70 percent of cases reported to DCA are resolved without court proceedings (the office currently mediates complaints against private businesses).

"In some cases," Lander added, "If they respond saying they didn't pay because [the freelancer] didn't do the work, the Department of Consumer Affairs will let the freelancer know, and the freelancer can decide whether to go to court." If the employer just doesn't respond, the DCA sends a "notice of non-response" to both parties and is free to close the case. It's then up to the freelancer to decide if he or she wants to go to court—a process the DCA acknowledges can be complicated.

The prospect of court will be less daunting, Lander argues, because freelancers are guaranteed "reasonable" compensation for attorney's fees. The law also mandates that the DCA set up a website with a phone line and "court information," including organizations that can help one find an attorney.

Dictor said the assurance of attorneys fees is crucial. "It provides justice in a system that often doesn't provide justice to people who don't have a lot of money," he said. "If there weren't fee-shifting laws not many private attorneys would be able to represent individual plaintiffs and claimants."

Important caveat: if you decide to take your employer to court and lose, Lander's office confirmed that you might be responsible for your own legal fees. You also have to bring the civil action within two years of the alleged incident.

How much money am I going to get out of this? If a letter from the office of Labor Standards is enough to prompt payment, the freelancer will get the money owed, to the penny. In court, freelancers can win $250 in damages, plus attorney fees, if the judge agrees that the employer failed to provide a contract on request (it's on the freelancer to provide proof that a contract was requested). If the judge determines that the employer failed to meet the terms of the contract (didn't pay on the decided date or within 30 days of the work being completed), then the freelancer is entitled to double damages.

There's also an anti-retaliation provision in the law, that's supposed to protect freelancers from threats, intimidation, or denial of future work for exercising their new rights. It's left to the judge to decide if retaliation factored in, but the possible damages for any act of retaliation are equal to the amount of stiffed wages. 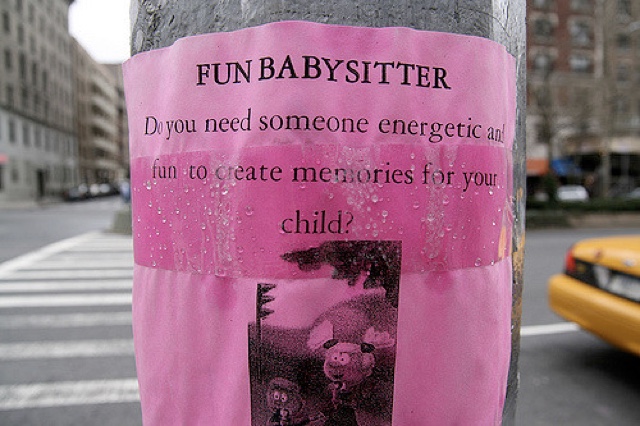 Is this legislation going to scare employers away from New York City? On Thursday, the New York Law Journal published a critique of the new protections from attorneys at Pepper Hamilton LLP, a firm that defends companies accused of misclassifying employees as independent contractors. We spoke with Pepper Hamilton attorney Richard Reibstein, who predicted that employers will start seeking freelancers outside the city in order to avoid the possibility of steep damages. He argued that plenty of employers have legitimate reasons for not wanting to pay their freelancers. Like, say, the work isn't satisfactorily completed.

"An [employer with a] legitimate dispute will say, 'Oh, I'm told if I don't pay this person I'll have to pay double damages, so I'm not going to deal with a New York contractor ever again," Reibstein told us Thursday.

Lander countered that the law does not preclude employers from making their case. "This doesn't change the fact that contract disputes will be litigated in court," he said.

Dictor dismissed the idea that the new protections could create a freelance work drought in New York City. "Since the beginning of employment, it has always been the position of employers that if employees get more rights we'll stop hiring them. That's always been the threat," he said. "But the bosses need us more than we need them."

So, what if there's a dispute over what constitutes "complete" work? Testifying before the City Council this spring, DCA Deputy Commissioner Amit Bagga warned that freelancers shouldn't assume a written contract will always be in their favor. She argued that "plain language" in contracts can be difficult to assess, and that non-paying clients can still dispute when the work was completed, and whether the work was satisfactory.

Reibstein, the attorney who defends employers, agreed. "Satisfactory completion is not always a shared conclusion to both sides," he said. "Let's take a freelancer writer. They are asked to write some article. They go back and forth with the business, with drafts, and at some point the business may not be satisfied, and ask the freelancer to do something else. The freelancer doesn't do it satisfactorily, but the freelancer thinks that they did."

Lander scoffed. "I never heard of one time when it was lack of clarity that the work was complete that was an issue," he said.

"I can foresee that there will be disputes following this act, but the existence of disputes isn't necessarily a bad thing," Dictor said. "Prior to this act, it was very difficult, even financially impossible, for people to dispute whether or not their work was complete. But with the risk of litigation, parties are often able to compromise."

"Whereas, before," he added, "An employer could simply walk away and feel very little risk."