"If this is the opening salvo from President Trump, I can tell you he's going to be met with huge resistance around the country," de Blasio said. "I want people to understand—everyday New Yorkers should feel this very personally—this will make New Yorkers less safe, it will make it harder to get affordable housing, it will hurt our schools, it will hurt our hospitals. This budget proposal will undermine the lives of New Yorkers in various ways, and that's why we're going to fight it."

Trump released his so-called skinny budget on Thursday morning, formally kicking off the months-long congressional budget process. The executive budget proposal includes drastic cuts such as the elimination of Environmental Protection Agency climate science funding, the elimination of entire small agencies including the National Endowment for the Arts, the Corporation for Public Broadcasting, and the Legal Services Corporation, and cutting funding of state and local Homeland Security grants by $667 million.

NYPD Commissioner James O'Neill said it's not yet clear what such a budget would mean for the department's day-to-day operations, but that the agency gets $110 million a year in federal grant funding, which he called "absolutely critical," and "the backbone of our entire counter-terrorism apparatus."

"Simply put, we cannot afford to cut corners in fighting terrorism," he said, explaining that the money goes towards the department's Domain Awareness System of connected surveillance cameras, its radiological and chemical protection gear, its active shooter training, its bomb squad training, and its intelligence analyst program.

The cuts to police and counter-terror operations are curious, as opposed to the expected cuts to social services, given the president's "America First" and "The Mos-lems are coming" rhetoric. Trump's budget director Mick Mulvaney is a South Carolina Republican who made his name as a founding member of the House Freedom Caucus, the insurgent group that pushed Republican leaders to be more austerity-minded in budget negotiations. The Trump skinny budget's calls for drastic cuts to a litany of programs are matched by a proposed $54 billion increase in defense spending, and $2.6 billion for the wall that Mexico has said it won't pay for (it's unclear where the estimated $7.4 to $37.4 billion difference might come from).

In New York City, the cuts would also take $2 billion out of transit funding that de Blasio said would hamper construction of the Second Avenue subway and Gateway rail tunnel under the Hudson River, as well as road-safety redesign initiatives that are part of the Vision Zero program.

Hardest hit would be the Department of Housing Preservation and Development, which provides building inspectors, sues building owners over hazardous conditions, operates some homeless shelters, and administers low-income housing vouchers such as Section 8, the federally funded program that serves 39,000 New Yorkers. In all, 86 percent of HPD's funding comes from the feds. Upon learning this at a hearing earlier in the week, Councilman Jumaane Williams (D-Flatbush) responded, "That sucks."

The cuts to HPD would come as part of Trump's proposed elimination of community development block grants, provided by the Department of Housing and Urban Development to states and municipalities since 1974.

Also on the chopping block: $140 million funds for teacher development and after-school programs. Of the latter, Mulvaney told reporters that "there's no demonstrable evidence that" the programs, or feeding students, are "actually helping results."

(There is demonstrable evidence that after-school programs are actually helping results. The Meals On Wheels food program for homebound seniors, which Mulvaney also called unproven, would be less affected in New York than in some other areas. Only around 3.5 percent of the program's budget comes from the feds, whereas other programs with less robust state, city, and private funding are mostly or entirely dependent on federal funding. In addition to definitely providing food to homebound seniors, there is research out there on how exactly this is good.)

"To lose $140 million off the top would be a big impact," schools Chancellor Carmen Fariña said. "And I think it’s unfair to our kids, who can’t vote."

Also extremely hard hit would be the New York City Housing Authority, which already lacks the funds to properly maintain and repair its massive holdings, and would have its capital budget cut by 68 percent if Trump had his way.

"The cuts outlined in the president’s budget simply turns the government’s back on the 1 in 14 New Yorkers who rely on the New York City Housing Authority for a home," NYCHA Chairwoman and CEO Shola Olatoye said.

Other cuts, including to foreign aid and the State Department, as well as particular programs affecting rural conservative districts have led Republicans such as Sen. Lindsey Graham of South Carolina to declare Trump's budget "dead on arrival." Even the Legal Services Corporation, which funds lawyers for poor people battling eviction, discrimination, domestic violence, and other issues and has long been a target of the Heritage Foundation, enjoys some degree of support from a broad swath of moderate Republicans such as Staten Island's Rep. Dan Donovan.

Throughout his press conference, de Blasio stressed that the budget process is only beginning, and predicted that he would be able to make common cause with mayors and state and federal politicians around the country to fight the cuts.

"This budget confirms that President Trump does not value working families," the mayor said. "Because they're going to bear the brunt. The budget consistently contradicts his campaign promises."

Regretful Trump voters too, he said, will organize to oppose the president's policies. He added that he plans to work with the U.S. Conference of Mayors to oppose the measures.

Governor Andrew Cuomo also condemned the budget proposal, calling it in a statement, "dangerous, reckless, and contemptuous of American values."

Trump has also threatened to cut federal funding to so-called sanctuary cities, which withhold some information on immigrants in the criminal justice system from the feds. This would affect many of the same New York City programs up for cutting in the Trump budget plan, but such retaliatory measures would face serious legal barriers. 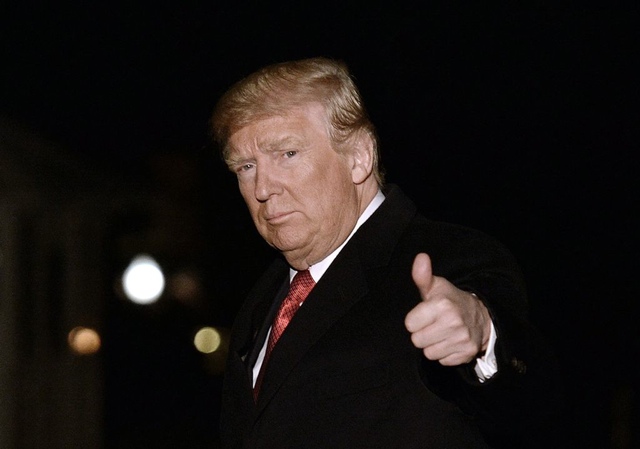 Trump's presidency is likely a welcome new focal point for the governor and the mayor amid the myriad investigations that have loomed over their time in office. Some of the legal specter weighing on de Blasio lifted earlier Thursday when both the Manhattan District Attorney's Office and U.S. Attorney's Office announced, after a year of leaks about probes into possible pay-to-play schemes and improper fundraising, that they were closing their criminal investigations into the mayor and his team of campaign and City Hall aides.

Still, the federal prosecutors' statement left open the possibility that de Blasio or his staff made ethical breaches, and Manhattan DA Cy Vance's statement explicitly said that the mayor's fundraising for upstate Democrats in 2014 state Senate elections "appear contrary to the intent and spirit of the laws that impose candidate contribution limits."

De Blasio took questions on the investigations at the end of his Trump press conference, but quickly reverted to his default stance of peeved condescension in dealing with reporter questions that could reflect negatively on him. "That's your characterization," he interjected at one point, cutting off a City Hall reporter who was reading directly from Acting U.S. Attorney Joon Kim's statement.

"The issue has been exhaustively investigated," he continued, ignoring follow-up questions.

De Blasio repeatedly said his actions had been found to be "legal, appropriate, and ethical," although only the first piece of that is true, and resisted requests for any further documentation of his interactions with the various donors, including a Williamsburg power broker who successfully lobbied the city to lift restrictions on an ultra-Orthodox Jewish circumcision rite that has led to babies becoming infected with herpes, and a scofflaw restaurateur who tells prosecutors he bribed Long Island politicians and who owed the city $1.8 million in rent.

The closest de Blasio came to acknowledging a specific question about accounting for his past actions was, when asked for a list of donors who did not receive favors, something he said he'd provide, "Not this hour, but soon, sure."

De Blasio is still the subject of an investigation by the state Board of Elections, which his lawyer has called "politically motivated." A leaked memo describing potential campaign finance violations was written by a state BOE appointee of Cuomo, who has been feuding with de Blasio for years now, to the detriment of New York City.