How To Get A Bike Lane In Your Neighborhood

As New York City continues to expand its bike infrastructure, more New Yorkers are advocating for bike lanes in their neighborhoods.

We asked several cyclists-turned-advocates what advice they’d give others who are trying to get a bike lane installed. Here’s what they said.

Responses have been edited for clarity and length.

Don't go it alone. There's strength (and burnout-prevention) in numbers.

I would suggest they go to Transportation Committee Meetings of the Community Board. You’ll find board members, you’ll find activists, and you’ll probably find some people who are against bikes too. And read Streetsblog. (Reed Rubey, Harlem)

The first step I’d do: reach out to Transportation Alternatives and attend one of their borough activist committees. And you can also see if there’s other neighbors or friends whg live or work in the area, and see if they’ll jump on board with you. (Calista DeJesus, Prospect Lefferts Gardens/Brooklyn)

On Staten Island, when you talk about making streets safer for pedestrians and all users of the road, you’re more likely to strike a chord with people. So we didn’t just focus on bike lanes. We went door knocking on Clove Road, talked to people at local festivals. (Laura Barlament, New Brighton/Staten Island)

A group of us who live in the neighborhood got together and conducted a street safety workshop. The highest amount of feedback happened to be on Flatbush—the same stretch I was worried about. And I thought wow, I’m not alone! (Calista DeJesus, Prospect Lefferts Gardens/Brooklyn)

The moral case for extending the bike lane on Queens Boulevard was so strong in 2017. There had been so many crashes and injuries. Transportation Alternatives gathered so many letters of support from local businesses and local politicians. I stood on a street corner one morning and collected 200 signatures. We were just able to demonstrate overwhelming support. (Laura Shepard, Woodside/Queens)

Listen to Shumita Basu's story on the steps to advocating for a bike lane on WNYC:

Show up at your Community Board meetings. They don't have official approval/veto power, but the DOT observes the opinions in the room. (And maybe bring some cute kids?)

The Community Board process...it’s ugly. A lot of people go into it with the hope that they can work things out, everyone wants the best for their community. But once the plans come out, there will be people who just say, point blank, the convenience of parking their car is more important than your right or your ability to get places safely. That can be deeply upsetting. (Laura Shepard, Woodside/Queens)

Make sure the people who have a different viewpoint than you feel heard. Actually hear them. It makes them more likely to hear what you have to say. And one of my special tips is: if you can have someone who people can’t shake their fists at, like an 8 year old child, it really helps. Because they can be angry and disagree with people, but it’s hard to disagree with a child when they’re saying I want to be safe walking to school or biking around. (Andreas Turanski, Upper West Side/Manhattan)

One scene that’s burned in my memory from a Community Board meeting is when the DOT presented the plan, and someone on the board said, “Well, does anyone in this room bicycle on Staten Island?” And half the people in the room raised their hands. It was a really powerful moment, and it showed that there was a large amount of support for it. (Laura Barlament, New Brighton/Staten Island) 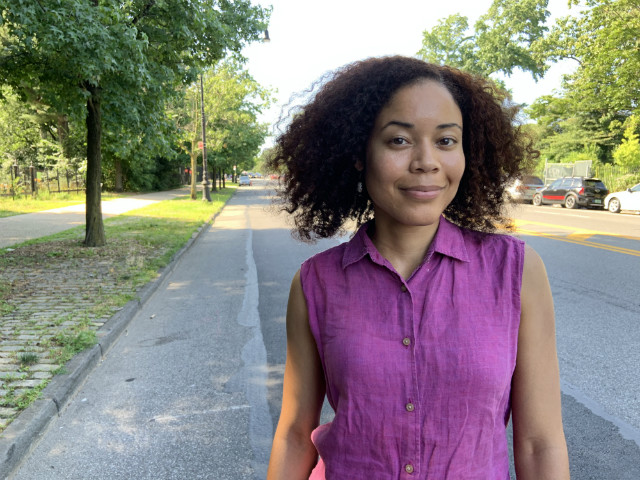 It can be a really daunting task to reach out to elected officials. We met with one but couldn’t get them to sign onto anything. At some point, Brooklyn Borough President Eric Adams took an interest in our cause, and that was a powerful ally to have. (Calista DeJesus, Prospect Lefferts Gardens/Brooklyn)

My advice is to attend community board or civic association meetings and get to know your local leaders. Connect with them on a personal and professional level and show that you care about your community as a whole and you have the community's best interests at heart. Find ways in which your interests intersect. Also, sharing personal stories is powerful. (Laura Barlament, New Brighton/Staten Island)

There’s nothing better for an elected official to say [to DOT]: "Look, you had 70-100 residents in a room who came up with these ideas, and my job is to represent these people, so it’s my job to make happen what they want to make happen." (New York City Councilmember Justin Brannan)

I think knowing people who bike makes people more supportive of the infrastructure. So I talk about it, a lot. Whenever I show up somewhere, I talk about what I encountered along the way, if the lanes were blocked, if I had a hostile encounter with a driver. And when it’s great, I tell people, “I had a great ride!” or “I can’t believe I got here so fast!” (Laura Shepard, Woodside/Queens)

It’s easy to get to a point where you’re like, okay… is anything happening? Is the DOT going through with this? But then all of a sudden you hear DOT has a proposal, and it’s awesome! It feels so good, like everything you’ve been pushing for is finally taking off! (Calista DeJesus, Prospect Lefferts Gardens/Brooklyn)

#bike lanes
#we the commuters
Do you know the scoop? Comment below or Send us a Tip