How The Second Avenue Subway Has Changed These New Yorkers' Lives

By
Jen Carlson
and
Scott Heins

By
Jen Carlson
and
Scott Heins

It's been a long time coming, but on January 1st we finally welcomed a new subway line to New York City. The celebrated event came with a big party, fresh clean tracks, a new subway smell, and excitement like you've never seen before over mass transit. The moment was especially welcomed by Upper East Side residents and those who work there, as it made many commutes a lot quicker and easier. We spoke with some locals who would be taking the subway on a daily basis — click through for their reactions, and scroll down for some more. Out of the small sample we spoke with, only one woman took issue with the new line. 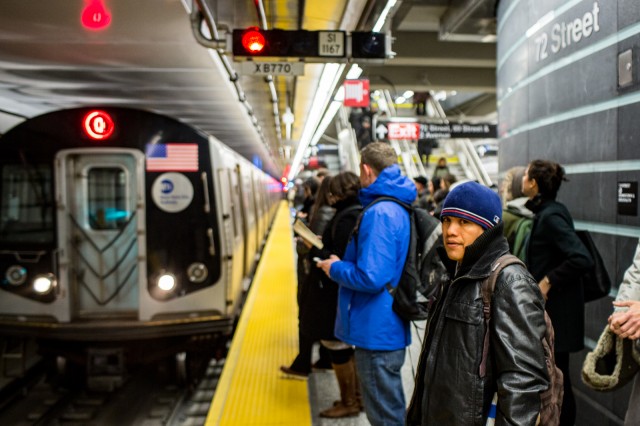 "I have lived on the Upper East Side for over three years, near the 6 at 96th Street. My office is located in Times Square, so I have been commuting on the 6 from 96th Street to Grand Central, and then either walking or taking the S to my office. On a good day, the commute takes 25 minutes door-to-door, but delays and overcrowding frequently increases this to 35-40 minutes.

"I now take the Second Avenue Subway (SAS) from 96th Street directly to my office in Times Square. My commute has decreased to roughly 20 minutes door-to-door with minimal delays and no overcrowding. Furthermore, I’ve been using the SAS to travel throughout the Upper East Side for restaurants, shopping, and general errands. I’m cautiously optimistic that the SAS will prove beneficial for commuters living on the Upper East Side, while also attracting investment and interest in the Yorkville neighborhood."

"I've lived in the area since 2014, but moved to Roosevelt Island in July of this last year. One of my biggest concerns with moving to the island was the limited transportation options that the current subway service provided. I was forced to walk from the 63rd stop to the 59th street station every time I wanted to transfer due to the limited service on the F line, and was at the mercy of nearly constant subway line closures over the late nights and weekends. Now, with the option to transfer over so easily to the Q train, I feel like the entire city has opened up to me. My time traveling into Brooklyn is nearly cut in half with new Q service, and my access to travel uptown has increased dramatically as well with the new options on 2nd Avenue." 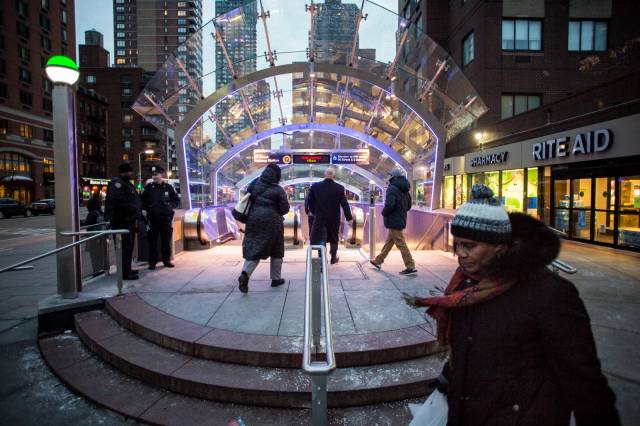 "I have lived on 63rd and 1st for 25 years and never thought I'd see this through. But the subway made my day. 3 stops and 2 blocks shorter and I'm at work. Bright, cleaner and newer. And when I have to go further uptown I don't have to transfer to the crowded, dirty 4/5/6 train. I'm 55, and this has really cut my commute down, by about 20 minutes. I have 2 less blocks to walk and 2 less subways stops. As for now, it's bright and clean.

"The only negative thing I have is I get on at 63rd and 3rd and there is an escalator to go down 1 level, and then you have to take a big elevator to the actually subway.That side of the subway entrance does not have the multiple escalators. So far it has not been too crowded, but who wants to stand in a crowded elevator?? Why they didn't build escalators at both entrances? You could say, walk to Lexington to get it there, but it's best for me to sit at this end of the train so I can get off where I need to." 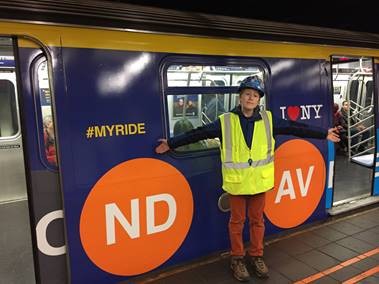 "I lived on Third Avenue in the 90s. The commute for my son and I to his school on the west side used to take about 60 minutes, today it took us 25 minutes (whoop whoop!!!!). We are now using the entrance to the Q located at 94th and Second, which takes about 3-4 minutes to reach (up or down a big hill). We used to go to either 96th and Lex, or 86th and Lex, which took more like 7-10 minutes to reach.