How The NYPD's Use Of Civil Forfeiture Robs Innocent New Yorkers

In the middle of the night in March of 2012, NYPD officers burst into the Bronx home of Gerald Bryan, ransacking his belongings, tearing out light fixtures, punching through walls, and confiscating $4,800 in cash. Bryan, 42, was taken into custody on suspected felony drug distribution, as the police continued their warrantless search. Over a year later, Bryan's case was dropped. When he went to retrieve his $4,800, he was told it was too late: the money had been deposited into the NYPD's pension fund. Bryan found himself trapped in the NYPD's labyrinthine civil forfeiture procedure, a policy based on a 133-year-old law which robs poor New Yorkers of millions of dollars every year; a law that has been ruled unconstitutional twice.

"They do this all the time, to so many people I know," Bryan, a bartender of 21 years, told us in the office of the Bronx Defenders. Before the raid, he had planned on using the cash to take his girlfriend on a cruise. "A lot of people, when they get arrested, they know that their money is just gone, and they know that the police are taking it to enrich themselves."

Civil forfeiture, the act by which a municipality can seize money during an arrest, has always been a controversial weapon of law enforcement. The practice became more prevalent in the 1980s, when jurisdictions around the country began pursuing cases involving money in both civil and criminal court in an effort to fight organized crime and deprive criminals of their income, even if they couldn't imprison them.

This summer The New Yorker published a sprawling investigation on how cities use the practice to bolster their cash-strapped coffers by seizing the assets of the poor, often on trumped up charges.

The same is true in New York City, where the civil forfeiture process has long been used by the NYPD to seize money from those least likely to be able to get it back.

"It's very difficult for the victims of civil forfeiture, most of whom are from a lower socio-economic class, to do anything in the court system, much less win a civil forfeiture case," said attorney David B. Smith, the nation's leading expert on forfeiture law.

Any arrest in New York City can trigger a civil forfeiture case if money or property is found on or near a defendant, regardless of the reasons surrounding the arrest or its final disposition. In the past ten years, the NYPD has escalated the amount of civil forfeiture actions it pursues as public defense offices have been stretched thin by the huge amount of criminal cases across the city.

"One of the main problems with civil forfeiture is that you're not assigned a lawyer, it being a civil and not a criminal case," Smith explains. "Most people can't afford lawyers, and that gives the government a tremendous advantage." 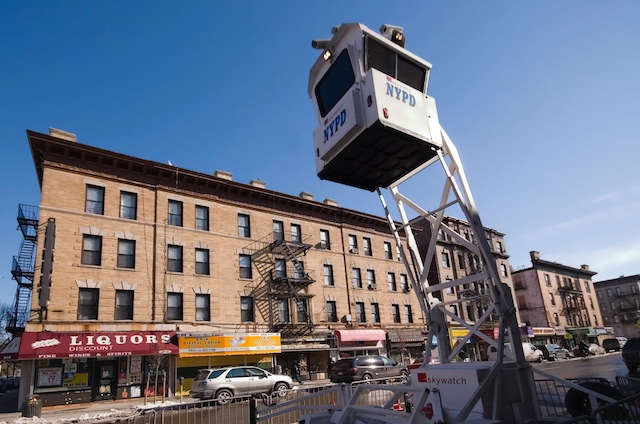 New York State has regulations that govern forfeiture proceedings for the city’s District Attorneys, and they provide a good amount of protection for citizens against abuse.

However, the city's administrative code, which governs the NYPD's seizure of property from arrestees, remains as it was when it was drafted in 1881.

In 1972 and 2002, judges ruled the code unconstitutional, and ordered the city to rewrite the statute to make it comport with the rule of law. Yet there's been almost no legislative attempt to bring the city's administrative code into the modern age, as lawmakers are wary of touching the forfeiture issue, fearful that it will make them look soft on crime.

"1881, think about it! Think how much the world has changed since 1881," said Steven L. Kessler, the former head of the Bronx District Attorney's forfeiture unit. "The NYPD uses confusion about the code to take money from people who didn't do anything. There is a cash incentive for the NYPD to take the money—it goes to their pension, it can even be used to buy equipment, to throw parties. You see a nice car parked outside of a precinct? That's the result of civil forfeiture. Now it's theirs."

Seizing money obtained illicitly is a significant crime-fighting (and funding) mechanism for the NYPD. But according to Kessler's research, in 85% of forfeiture cases pursued by the NYPD, the property owner is never charged with a crime. Despite their innocence, many of these people face an uphill battle against the NYPD to get their money back.

In another case being worked on by the Bronx Defenders, an individual we'll call Morris (his identity is being protected because his civil case is ongoing) was arrested for felony possession of a controlled substance in October of 2012, and had $3,000 seized from him. But the District Attorney's office only ended up charging Morris with disorderly conduct, a violation. The DA declined to pursue Morris' money, but the NYPD had no such reservations.

"What's crazy about this case is that the DA's office made clear through their actions that they didn't think this was a legitimate drug sale and that a waiver of currency was not necessary," Morris' lawyer, Scott Simpson, told us. "To them, the money was legit. But still, the NYPD has his cash." 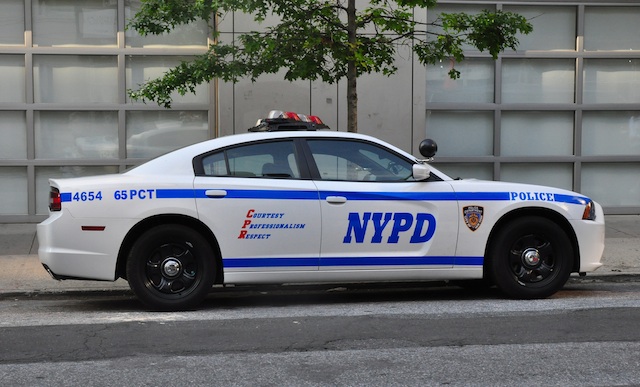 According to an annual report [PDF] issued by the Office of Management and Budget, the city is projected to reap $5.3 million from civil forfeiture this year. The NYPD does not publicly account for how that money and property is spent or allocated. Based on the sheer volume of cases that the department pursues, experts estimate that the amount the NYPD has taken from New Yorkers over the past decade is well into the millions.

The NYPD has also refused to show public defenders the exact legal mechanism that allows them to seize their property.

"It is unclear how exactly Mr. Bryan's money ended up being placed in the NYPD Pension Fund," Vichal Kumar, Bryan's public defender, wrote in an email. "One possibility is that there are other internal agreements or memorandums that are not public knowledge that supplement the provisions of the statute and allow for such distributions. Though I would suspect that without further litigation, it may never be known exactly how this occurred."

In June 2013 Bryan finally got a check for $4,800 from the city. However, the money returned to him was not deducted from the police pension fund. It was taken from the city's general fund. Mr. Bryan was paid back in taxpayer money.

"What do they say in Casablanca? I'm shocked, shocked, that the corporation counsel didn't communicate fully with the Comptroller's office. They probably just told them to write a check," Kessler said.

The City's Law Office declined to comment specifically on Bryan's case, but did not deny that the money that had been paid to him came not from the NYPD, but from the general fund.

The NYPD did not respond to questions concerning its use of civil forfeiture.

"Despite the Federal courts knocking down the city's forfeiture law down time after time, lawmakers just let the NYPD deal with it, and that's been a disaster," Kessler said.

"The answers lie in the [NYPD's] books," Bryan says. "You open that up, and it's going to be a Pandora's Box on just how much the NYPD has illegally taken from New Yorkers."

CORRECTION: An earlier version of this story stated that when asked about Gerald Bryan's case, a spokesman for the Comptroller's Office offered a mischaracterization of the NYPD forfeiture law by saying that depositing money confiscated through civil forfeiture into the police pension fund was "illegal." The spokesman was in fact accurate in his assessment.

#bronx defenders
#civil forfeiture
#comptroller
#law department
#nypd
#longform
#original
Do you know the scoop? Comment below or Send us a Tip