How Risky Is It To Sit Next To That Person In Scrubs On The Subway?

This city is so full of contagions it's a practical necessity to ignore all the evil germs waiting to latch onto your fingertips and mucus membranes, lest you spend the rest of your life wrapped in an antibacterial cloak. Still, we can't stop wondering how safe it really is for doctors and nurses to be wandering around in their scrubs outside work. After all, hospitals are cesspools of disease, and even though the Ebola virus hasn't made its way to Manhattan (yet), it's still a reminder that we should be vigilant. So are highly dangerous microbes affixed to the garments of hospital workers who bump up against you on the 6 train something you should be concerned about?

The short answer is, probably not. The long answer, however, is more complicated, because every couple of years, a new study either debunks or spreads fear that medical scrubs carry diseases. In 2011, a study carried out by researchers at the Shaare Zedek Medical Center in Jerusalem found that over 60 percent of the scrubs worn by their doctors and nurses harbored methicillin-resistant staphylococcus aureus (MRSA), which are "bacterium responsible for several difficult-to-treat infections in humans."

Another study from that year noted that while some hospitals permitted their doctors and nurses to wash their own scrubs, home-laundered scrubs had a "significantly higher total bacteria count" than the nearly-sterile scrubs washed at the hospital. And in 2008, an infection control expert specifically addressed scrubs-wearing hospital workers in an interview with the Times, noting, "The likelihood is that the risk is low, but it’s also probably not zero." 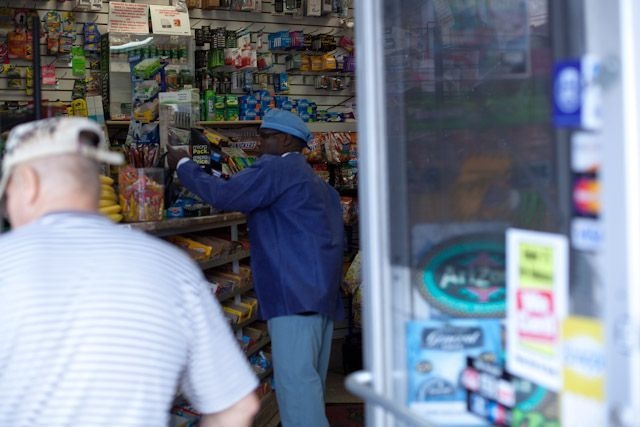 According to the New York State Department of Health, hospital workers aren't required to remove their scrubs after routine patient care. Scrubs worn in operating rooms or those that have come into contact with bodily fluids, however, are not permitted outside of a health care facility. But hospital administrations aren't blind to the fact that some straphangers might be uncomfortable seeing people in hospital gear during their afternoon commute. "Some health care providers discourage employees from wearing scrubs to and from work because of public perception or concern that they may spread infection," a source with intimate knowledge of hospital administration told us.

Hospitals appear to have their own policies regarding scrubs. Though Mount Sinai Hospital did not respond to our request for comment; their Medical Center House Staff Manual [pdf] notes that scrubs worn in the Operating Room "are not to be worn in the street." A Columbia University Medical Student handbook from 2008 affirms that NY Presbyterian Hospital Operating Room scrub suits—ones that are blue in color—are not permitted outside the patient care areas, but "other color scrubs may be worn inside or outside the hospital."

A spokesperson with Maimonides Medical Center tells us, "When caring for patients who are admitted due to a suspected or confirmed communicable disease, hospital personnel are required to follow CDC recommendations on wearing the appropriate personal protective equipment." Memorial Sloan Kettering Cancer Center has, in the past, ordered employees to change out of scrubs before leaving the premises. 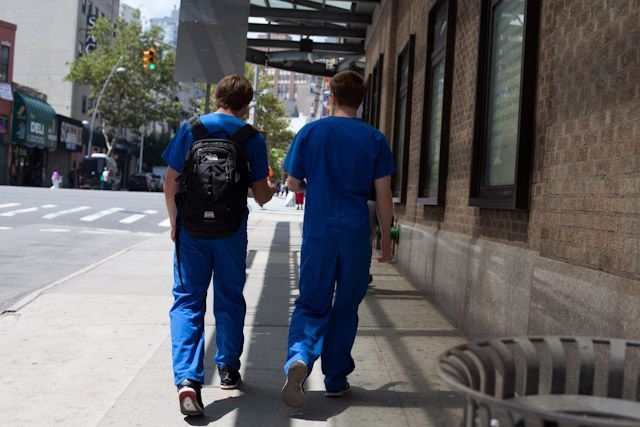 A medical resident at Brown University who wishes to remain anonymous tells us the following:

Rules basically go like this: there are two different types of scrubs, OR ones and everything else. The OR ones are the light blue/green colored, nothing printed on them, ill fitting, made out of this shitty material and washed in-house at the hospital and provided there. Everything else comes in a myriad of colors, shapes and sizes. Basically OR scrubs aren't allowed out of the OR (with exceptions to cover with a white coat, etc when going to other places within the hospital). And there are locker rooms and clean spaces before entering the OR where everyone changes. People do tend to follow this rule.

The issue is people (myself included) steal the free OR scrubs and wear them other places. And other types of scrubs there aren't really any rules on, and no good place provided to change, and can be kind of gross leaving in them. If it helps appease your mind (and readers), if something is really horrible we wear extra protective covering and will change out of grossly bloody/bodily fluid contaminated clothes

There are doctors who still suggest refraining from wearing scrubs out in public, if only to maintain the appearance of cleanliness. "We have a tremendous image problem in the medical industry anyway," surgeon Dr. James Barone told medical outlet Reporting On Health in 2011. "Because of the perceived prevalence of medical errors, people are amazed that anyone can get through the ordeal of being in the hospital. So just for the sake of improving our image, we should probably leave the scrubs at home." 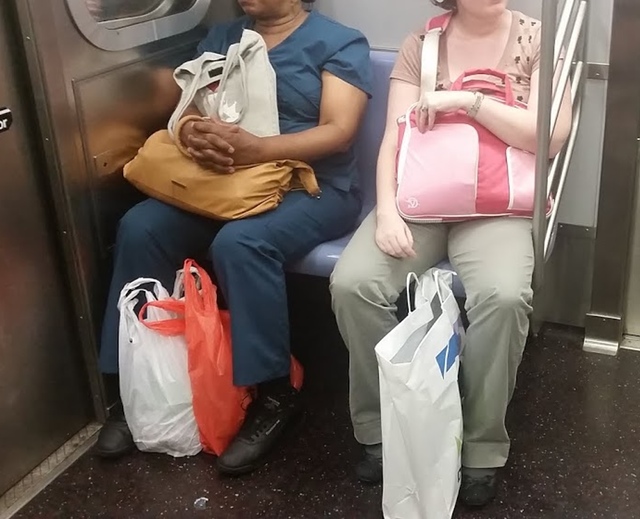 But coming into contact with scrubs may not be as dangerous as coming into contact with, say, an actual sick person. "By the time a doctor or nurse walks out of a hospital, I suspect that his or her scrubs are dry and no living organisms could be cultured from the fabric," Dr. Bruce Flamm, a professor of obstetrics and gynecology at the University of California, Irvine, told the outlet. "In contrast, the person sitting next to you in a plane may be a reservoir of dangerous germs. His or her moist nose may be full of dangerous bacteria. He or she may cough up all sorts of nasty germs. That moist wad of Kleenex would probably culture out some interesting microbes."

So to conclude, there's a good (but not a definitive!) chance that those scrubs you see on the street aren't covered with some kind of horrible contaminant out to destroy you before you have your first cup of coffee. Doctors' germ-infested neckties, on the other hand, are a whole different story.

#ebola
#maimonides
#mount sinai hospital
#new york presbyterian
#scrubs
#subway
#original
Do you know the scoop? Comment below or Send us a Tip