Erika Christensen was 30 weeks pregnant when her doctor confirmed that there was a large amount of amniotic fluid in her womb. The fluids indicated that her fetus could not swallow, and would not breathe after birth. "Our doctors explained that were we to carry to term, I would give birth to a baby who would live a very short time, if at all, before choking to death," she recalled this week.

Christensen, who lives in Brooklyn, had already miscarried once. She said that she had remained hopeful, even when scans showed that her baby's feet were turned inward, and his hands clenched shut. One test suggested the possibility of muscular dystrophy. By the time the baby's fatal condition was confirmed, Christensen had exceeded the 24-week cut off for legal abortions in New York State. "I thought, 'This is crazy. I can't get care in New York?'" she recalled. Christensen and her husband ended up flying to Colorado for the $10,000 procedure.

"The cost and travel would be impossible for a lot of people," she said. "I counted myself lucky."

While the Supreme Court ruling in Roe v. Wade enshrines a woman's right to an abortion after 24 weeks if the pregnancy threatens her health, New York's law is more strict: currently, it criminalizes late-term abortions unless the doctor believes beyond a doubt that the pregnant woman could die. As a result, advocates say, women facing health risks, or whose fetuses are at risk, are left without an in-state option. Those with means travel to a handful of states that offer the procedure, including Colorado and Kansas.

The federal standard technically takes precedence over state law, but practically, the criminal laws on the books deter many doctors from performing abortions for women with late-term conditions.

Now, with President Trump shoring up an anti-abortion cabinet and pledging to appoint conservative Supreme Court Justices, advocates and policy makers fear that the Republican-led State Senate will continue to obstruct legislation that would enshrine Roe protections at the state level, and move abortion language from the penal code, over to the health code. A new report out today from the New York Civil Liberties Union [PDF] details the dangers that pregnant women face in New York, and urges the Senate to pass the Reproductive Health Act, which would accomplish both goals.

The Democratic-majority Assembly passed the RHA last week, as it did last year. But the legislation has yet to come before the Senate, whose Health Committee rejected it last spring 9-7. Senate Majority Leader John Flanagan did not immediately comment on the bill, but in the past Republicans have dismissed it as harmful to the mother. Earlier this year, Republican Assemblyman Ron Castorina Jr. argued that removing abortion from the penal code would handicap prosecutors seeking to "charge people, say, who attacked [a] pregnant female." (The NYCLU has countered that other, stronger statutes already exist for such circumstances.)

Last fall, we spoke to a leading anti-abortion lobbyist in Albany, who said she was bolstered by Trump's victory. "We're going to continue to work against this extreme legislation," said Barbara Meara, chairman of New York State Right To Life, of the RHA. "We think it's very dangerous."

Broadly, New York has strong reproductive health laws. There aren’t legal obstacles to abortion like parental consent requirements for minors or state-mandated counseling, as there are in states like neighboring Pennsylvania. And last week, Governor Cuomo ordered insurance companies in New York to continue offering birth control for no co-pay, even if the Affordable Care Act is repealed. The order also covers co-pays for abortions, though only within the confines of current law (Cuomo has endorsed the RHA).

"We spoke to women throughout the [Women's] March on Saturday who believed New York to be [a] safe haven," NYCLU Director Donna Lieberman told reporters on Thursday. Still, she added, "Doctors remain intimidated by New York's legal code." 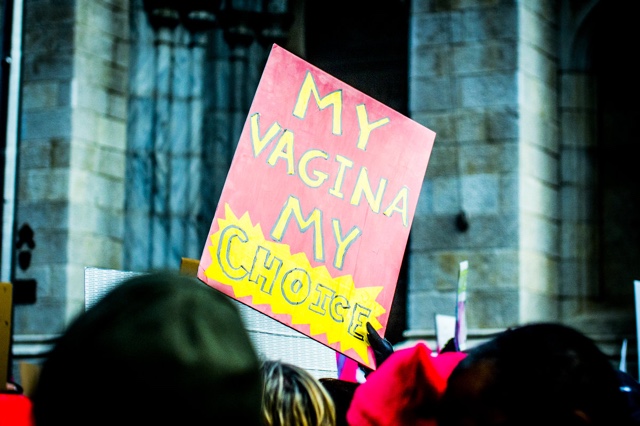 There were 93,299 abortions in New York State in 2014, according to the State Department of Health. Sixty-six percent of abortions in the US take place during the first eight weeks of pregnancy. In the case of the 1.3 percent that occur after 21 weeks, the mother, or fetus, is typically facing a serious health risk.

"New York Law does not always permit me to do what is safest for my patients," said Dr. Stephen Chasen, a maternal fetal medicine specialist at New York Presbyterian, during a conference call with reporters.

He went on to describe three major categories of risk. In some instances, pregnant women have pre-existing conditions, like cancer or heart disease, and need the option of treatment that could complicate the pregnancy. One of his patients, a 28-year-old woman from Long Island, started having seizures around the 24-week mark. An MRI revealed a brain lesion. Her cancer was likely to worsen, and Chasen predicted she'd live only a few weeks after giving birth. Though the fetus was developing safely, she ultimately decided to seek an abortion, traveling to Kansas for the procedure.

In other cases, like Christensen's, doctors can discover fetal abnormalities that don't present until close to 24 weeks. Then there are dangerous late-term conditions like preeclampsia. In one case detailed in the report, Doula Project founder Lauren Mitchell recounts meeting with a 12-year-old girl who had been raped, and whose pregnancy was not discovered until the 26th week. The girl was anemic, and too small to delivery vaginally; C-section could have compromised her ability to give birth later in life. "In New York, the 24-week cut off makes no exception for women who have been raped," Mitchell said. "For a number of reasons—including shock and stigma—women and girls who have been raped may seek care later in pregnancy."

Katharine Bodde, Legislative Counsel at the NYCLU, said that while there are "no hard numbers" on late-term cases, providers "encounter cases like this every year."

Others detailed in the report include:

A mother of two who terminated at 23 weeks, despite inconclusive MRIs, because she knew she wouldn't be able to afford to travel for an abortion if her fetus in fact had a serious brain anomaly.

A mother who learned that her fetus had fatal kidney disease. She couldn't afford to travel, and proceeded with a still birth that resulted in serious hemorrhaging.

Chasen said that he and other physicians fear losing their hospital privileges by violating the 24-week cut-off, because the right to perform surgery "can be bestowed and revoked by hospital chairpeople and chief medical officers."

This finding, of course, only stands so long as federal abortion rights remain intact. Lieberman told Gothamist last fall that even now, the opinion "isn't ironclad against a rogue District Attorney." 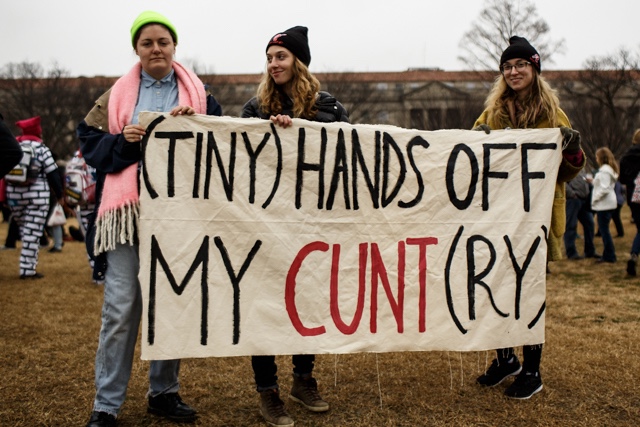 Advocates on both sides predict that this year's Senate vote on the RHA will be close. "It's so close that we're always worried, let me tell you," Meara, of New York State Right To Life, told Gothamist. "We never feel 100 percent confident. One person being sick or changing their mind could be devastating."

Democrats, who traditionally vote in favor of expanded abortion rights, make up 32 of the 63-seat Senate, outnumbering the Republicans by one. (Though Democratic Senators Ruben Diaz and Simcha Felder are historically anti-abortion.) There's also the breakaway, eight-member, Independent Democratic Conference, which caucuses with Republicans. A spokeswoman stated that the IDC is "the only conference that is 100 percent pro-choice," and, needs "32 Senators who share this position in order to pass legislation to protect this important right."

"We are hopeful that the IDC will do more than just put words on that, and will put their actions behind it," Lieberman said Thursday.

She added that, with Roe in the balance, the Republican stance that the RHA is redundant no longer holds.

"There are Republican Senators who claim to be pro-choice, and who have used the argument in the past that, 'We have Roe, what do you need to change New York's law for?"' Lieberman said. "But we are in a new, 'dys-Trumpian' environment. Now's the time for those people to stand up, because it's really a one-vote margin."

#Abortion access
#nyclu
#reproductive rights
#trump
#original
Do you know the scoop? Comment below or Send us a Tip