How Hard Will Bloomberg Dodge a Draft? 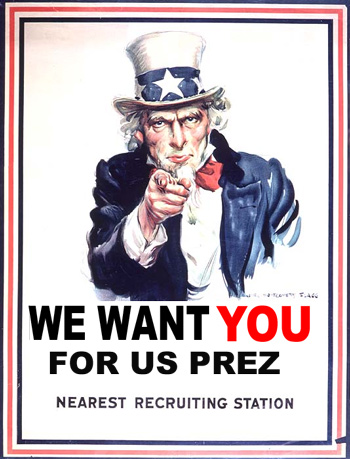 Mayor Bloomberg is back from London, just in time to deliver an address at Cooper Union while the world's media is milling about NYC for the U.N.'s General Assembly. Bloomberg will be appearing as part of a panel near Astor Place to discuss national policy matters. According to The New York Sun, an online site is attracting a growing number of supporters to draft Mayor Bloomberg as a third party candidate in the 2008 Presidential election. Bloomberg resigned from the Republican Party in June, ending a five-year affiliation that allowed him to win consecutive elections for mayoral office without slogging through a Democratic primary race.

Karin Gallet is the NY "mastermind (according to New York magazine)" of the Committee to Draft Michael Bloomberg, an organization that would like the now-Independent billionaire to run for the White House. The group's web site acknowledges that Mayor Mike says that he doesn't want to run––quoting the Mayor as saying that any possible run is strictly a figment of the imagination of a media bored with current candidates––but the committee's hopes are buoyed by travel and policy behavior that befits a man on the political move.

Bloomberg will be speaking this evening at Cooper Union at 5 p.m. with Tom Brokaw, as part of a discussion of issues of national importance. The choice of Cooper Union as a venue is an interesting one. Dark horse candidate Abraham Lincoln solidified his chances of a nomination as a Presidential candidate when he appeared at Astor Place and electrified a Cooper Union audience in 1860.