How Crown Heights Recovered From The Riots

Gothamist spoke to people who were there—activists, journalists, police, and politicians—about their recollections of the events of August 19-21, 1991, which were sparked when a black child was killed and his cousin seriously injured by a driver in the motorcade of Lubavitcher Rabbi Menachem Mendel Schneerson. We also spoke about what happened before the riots, and where the neighborhood is today.

Each day this week, we've run edited excerpts of our conversations. This is the final installment of the series.

This mini oral history is not an attempt to offer an authoritative or comprehensive account of what happened during those three days. That would require a book, or several books. (The Girgenti Report, commissioned by then-Governor Mario Cuomo to analyze what happened, clocks in at 616 pages—if you're interested in the chronology of events, the Daily News did a solid write-up.) Rather, these are a series of snapshots.

Gothamist: What is the legacy of the riots?

Errol Louis
Errol Louis is the host of Inside City Hall on NY1. He has written for the New York Sun, the Daily News, and Our Time Press. In 1991, he was living in Crown Heights, working for a nonprofit and freelancing as a journalist.

All of us who lived in the neighborhood and had some claim to leadership were convinced beyond any doubt that we had to do things differently. It was a horrible, horrible indictment of all of us. We couldn't pretend to be running our little organizations and running our candidates and pretending that we were making something good happen if something like those riots could happen again. It was international infamy.

I certainly did and I know a lot of other people did, we made sure we had each other's phone numbers. We vowed to stay in touch. We began to make time to do things that would strengthen group relations even if there was no immediate, impending crisis. To this day, I don't take phone calls at night. When I'm at home with my family, I pretty much turn the phone off unless it's a call from one of my Crown Heights neighbors. Those will always get first priority.

We actually had an incident ten years later that was almost a scary kind of replay. There was a little girl playing in the street on Lincoln Place, near Washington Avenue. She pokes her head out, and a car that's speeding by hits her. She's gravely injured. The car was driven by a Hasidic Jew. A crowd gathers. They start getting grabby. They start thinking about having street justice, and it looks like we're going to go through the whole thing all over again.

This time, everybody came running from every corner of the neighborhood—from Richard Green to James Davis. I came over as a reporter, but also started making additional calls. And we tamped the whole thing down.

It was like a divine test to see if under almost the same conditions, we had figured out how to not let the neighborhood burn itself down. We passed that test.

The neighborhood's in a better place. Here's an example: I was at Brower Park with my son and a couple of nephews a few Sundays ago, and at around noontime a bunch of Jewish kids came over and they wanted to shoot. All of the adults sat back and let the kids work it out among themselves. My son and his cousin ended up playing two-on-two hoops with a couple of Jewish kids. I took pictures. I was amazingly happy because that's what it's supposed to be about.

The adults have, I think, figured out how to shut up and hang back and take all their little prejudices and past hurts and put all of that in a drawer and let the kids work it out.

There are still some, for lack of a better word, urban arsonists who are out there, who are always willing to see the worst in other groups, make inflammatory charges, and try to stir things up again.

My job, and the job of others like me, is to make sure that those poisonous seeds fall on barren ground. You can't plant those kinds of seeds in Crown Heights anymore because we're not going to water it, we're not going to fertilize it. You give us half a chance, we will come and just tear it up and root it out. 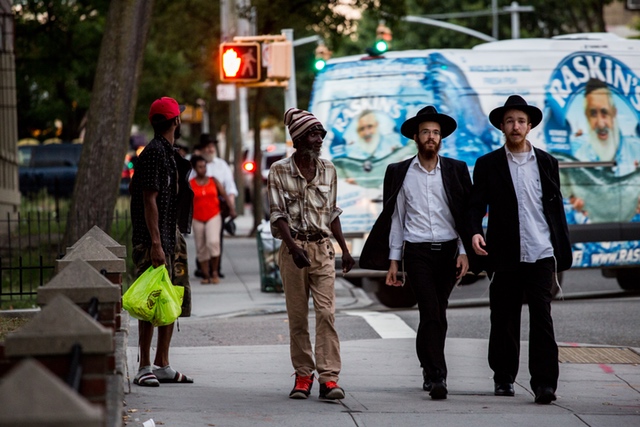 Rabbi Shea Hecht
Rabbi Shea Hecht is the chairman of the National Committee for Furtherance of Jewish Education. At the time of the riots, he was living in Crown Heights and working for the committee.

The number one person that should be thanked for many of the changes is Borough President Howard Golden. He was the one who created the Crown Heights Coalition. I, along with Edison O. Jackson, president of Medgar Evers College at that time, chaired this coalition.

We had leaders of the community—youth leaders, ministers, pastors, rabbis, school teachers. We discussed the issues. Subsequently, he sprung off different discussions between young people. He was successful in bringing us into schools: Black schools, the Jewish schools, and talking about our neighbors, explaining who our neighbors are, getting to know your neighbor.

That was probably the number one thing that was done. That coalition met for the next four years, and did a lot.

There were people in the black community who did come out and condemn, not only Lemrick Nelson, but also others who behaved like hooligans.

The nature we find often is that we blame the victim. We forget to blame the perpetrator. That's part of our society. Many have then still attacked the Jewish community, rather than attacking the rioters, and the group that surrounded Yankel Rosenbaum.

It wasn't one guy who stabbed him, it was 20 kids, or 15 kids that surrounded him. They all took part. We don't know any of their names. We haven't brought any of those kids to justice.

Jews have a big history. We don't dwell on negative pasts so much. [Our] kids are not being brought up in the shadow of riots. We're dealing with our day-to-day struggles, which are challenging within themselves. 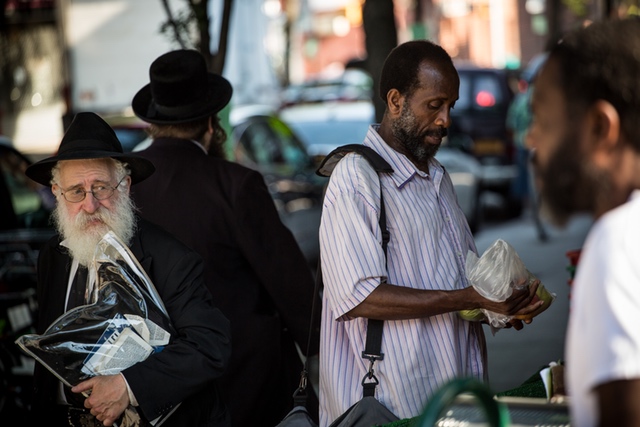 Ife Charles
Ife Charles is the Center for Court Innovation's coordinator of anti-violence programs, including the Save Our Streets programs in Crown Heights and Bed-Stuy. At the time of the riots, she was working at a hospital and living in East New York.

There was this group called "Mothers to Mothers," this group of brown and black and Jewish mothers that would come together, and have conversations and dialogue, and talk about all of the issues that we deal with as mothers, wives, and women.

That group allowed me to grow beyond measure. We'd go out for dinner, we'd go out for shows, we'd go to movies. I was one of the younger mothers at that time, but there were a bunch of women who were older, who were able to mentor and to mold, and to help me, as a young mother, even with the loss of my son.

They did a lot of work around the community, having conversations about race and class and gender. And about what it was to be a Jewish woman, what Judaism means, what being Hasidic means; and what it is to be African American and Caribbean.

It helped heal because sometimes women have to take the lead. Men are still angry, their egos come in the way.

It trickled out through the women, through us having conversations. I felt as though I had the ownership to be able to talk to young men and women of color—to educate my community. And with the Jewish women, it allowed them to educate their community around us, as black and brown.

That's the trickle out effect. Did it hit massive group of folks? I don't think so, but it touched individuals.

There's growth. The riots were horrible. It was horrible, but out of that is growth. I go into Mendy's every doggone time that I can. When I need a midnight snack, that's where I am. The guy knows me well. That wouldn't have happened years ago—black people eating in Jewish stores. It's happening now.