Six men were arrested earlier today for their alleged involvement in a drug ring that distributed 260,000 packets of poisonous "synthetic marijuana" to 70 bodegas across New York City.

If you're still wondering how K2 or "spice" is made, a release from the office of US Attorney Preet Bharara related to the arrests has a helpful breakdown of the scheme. 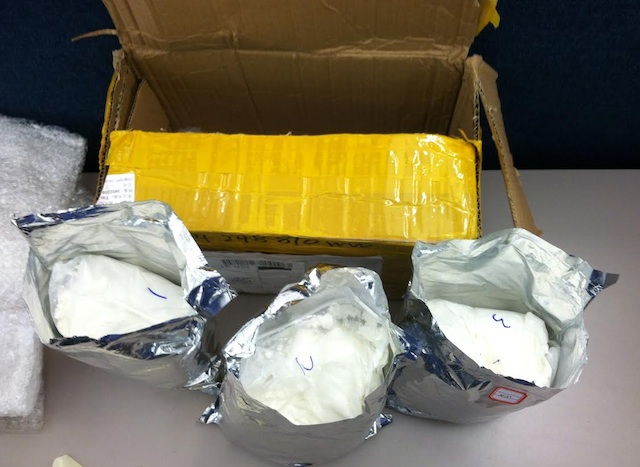 The men bought 100 kilos (roughly 220 pounds) of chemicals and flavorings from China, sprayed "plant material" with those chemicals (including acetone—think nail polish remover and paint thinner), put them in 3-6 gram packages, and then distributed them to a group of wholesalers, who then delivered the packets to bodegas to be sold for $5 apiece, the release states.

The suspects, who range in age from 26 to 47 (though most are in their early 30s), allegedly used a warehouse on Light Street in the Eastchester section of the Bronx as their base of operations over the past year.

The retail packets were sold under names such as “AK-47,” “Blue Caution,” “Green Giant,” “Geeked Up,” “Psycho,” “Red Eye,” and “Black Extreme,” each containing between approximately three and six grams of product, and sometimes marked “not for human consumption,” or “potpourri.”

All of the men who were arrested face the maximum penalty of 20 years in prison for conspiracy to distribute narcotics; four other suspects remain at large.

Bharara's press shop could not immediately say how many chemicals or drug packets were seized by authorities, or whether the men are residents of New York. 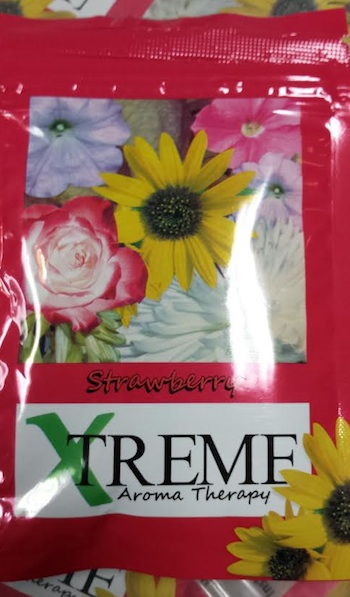 A package of the finished product seized by authorities (US Attorney's Office, SDNY )

"Despite sometimes being called synthetic marijuana, this is not marijuana—it can have unpredictably severe and even lethal effects," Bharara said in a statement accompanying the release.

"What is more, use of these drugs aggravates all manner of other societal ills: it is entering prisons; preying on the homeless; burdening our hospitals and emergency rooms; fueling addiction; exacerbating mental health problems; and increasing risks to cops who must deal with people high on this poison. Synthetic cannabinoids are a deadly serious problem that demands an equally serious response."

You can read the criminal complaint against the defendants below.

#k2
#spice
#synthetic marijuana
Do you know the scoop? Comment below or Send us a Tip