Hot-for-Student Teacher Gets a Lawyer 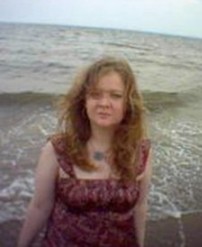 The Staten Island teacher whose crush on a 15-year-old student has put her in Department of Education limbo has gotten a court-appointed lawyer. The Staten Island Advance reports this could suggest 39-year-old Colleen McGraham may try to fight any attempt the DOE will make to fire her.

Three years ago, McGraham was removed from New Dorp High School when a student complained about getting e-mails and instant messages from McGraham, who asked him if it was "crazy" to "think there was something between us" and wrote about her crush on her Xanga blog. She also lent the student a copy of Harold & Maude, the cult classic about the romance between a teen and a 70-something woman.

While an arbitrator said a 90-day unpaid suspension would be adequate, a judge ruled that the DOE should be allowed to fire McGraham, noting, "The fact that a romantic, sexual relationship did not develop between the student and teacher may say more about the student's maturity than the teacher's ability to conduct herself appropriately." McGraham has been on school payroll but not teaching during the past three years--it is notoriously difficult for teachers to be fired once they have tenure.

The teachers' union said of the case, "It's up to the employer to make its case -- if they take forever, that's not our fault." And students at New Dorp High School were abuzz about the incident; one said, "Someone told me about it in gym class, and I was like 'that's kind of ridiculous.' But I see like on the news this stuff happening all the time, that's why it didn't shock me that much."