Hookergate: Dupré on Decline; Little Black Book to Tell All 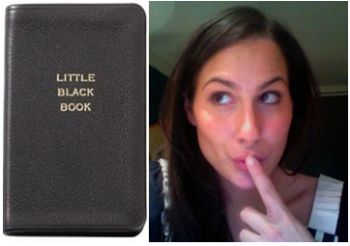 Ashley Dupré has become a "don't" in the world of scandalites for not parlaying her 15 minutes into some cold hard cash. NY Mag reports on her quick decline, saying that even market analysts "are now scolding the governor's hooker for not taking full financial advantage." Meanwhile, Silicon Alley reported yesterday that while there's still a possibility of a "low six-figure" offer from Georgi Vodka in the works, what's-her-name's story is going stale; seems her shelf life was about two weeks.

If that doesn't pan out, all she got out of this was a few million MySpace hits, and it seems even before the bust she wasn't getting paid as much as originally reported. Gawker points out that Spitzer wasn't throwing down $5K for an hour with Miss Dupré ("Kristen"), rather a 4-hour session set him back around $3K, meaning her fee was around $750/hour (at least 10% went directly to bookers).

In more Hookergate news, The NY Post is reporting that the bookers for the high-class service, the Emperor's Club, are ready to let the world see what's in their little blackbooks (or at least the feds, as a part of their plea negotiations). This means that "the defendants would have to rat out everyone involved with the international brothel." Currently, 62-year-old ringleader Mark Brener remains in custody without bail, while his mistress and No. 2 in the business, 23-year-old Cecil Suwal, was released on March 18th -- leading some to believe she may be joining "Team America". Surely this will all have something to do with the latest prostitution ring scandal, a business whose black book also contains prominent political names.