The city is still placing families into city-funded homeless shelters that are rat- and roach-infested and falling apart, an audit by Comptroller Scott Stringer's office shows [pdf]. Of the 101 apartments investigators surveyed at "randomly selected" Department of Homeless Services shelters in the five boroughs, 88 contained one or more hazardous conditions. The audit also found that DHS staffers responsible for inspecting shelters seldom do so and instead rely on shelter operators to self-report problems. What's more, the agency lacks a mechanism for following up to make sure flagged repairs have been made, meaning problems can persist for months or years, even as families move out and the city places new families in derelict apartments.

The auditors wrote that "when we interviewed Program Analysts," the DHS staffers responsible for tracking shelter conditions, "they stated that it was not reasonable to expect them to be aware of all conditions at the shelters."

In one example, auditors tagged along with a program analyst, responsible for tracking shelter conditions, on visits to Bridge Family Residence II. The Bedford-Stuyvesant shelter operated by the company Housing Bridge was ranked as one of DHS's top-performing shelters in 2013 [pdf]. The auditors discovered a fire had damaged one unit in late July 2014, and that shelter residents in neighboring apartments were still living with the fallout a month later, one with a door-lock broken by firefighters, another with a ceiling and wall ripped out by firefighters.

One family was placed in a neighboring apartment three days after the fire, then had to be evacuated for renovations. Upon moving back in, the children suffered chronic nosebleeds, and the apartment still smelled like smoke a month later. The city had no record of the apartments' damage, and 10 months after being notified by the comptroller, there was no record of any fixes being made.

Another visit, to a Children's Rescue Fund cluster site shelter in the Bronx, found that a mother with a two-month-old infant was living with a gas odor she first noticed four months prior, when she was still pregnant. She told the Comptroller's Office that she reported the problem to the shelter operator several times, but that the building super inspected and said it wasn't a problem. A maintenance request on file at the shelter was never entered into the city's system. When, at the auditors' request, the shelter replaced the stove, the oven portion of the new appliance was broken.

Part of the problem, according to the audit, is understaffing. The audit spanned fiscal year 2013 to October of this year, and during that time, the comptroller says, DHS employed 14 program analysts and tasked them with monitoring 155 shelters housing 12,500 families, or about 11 shelters and 900 families each.

As a result, the audit found, the analysts don't ensure families are receiving mandated services, they rely on the shelter providers to tell them about problems with conditions and services, and they do little to independently verify those claims. In response, DHS says it has secured funding to hire 40 new staffers for family shelters, including two administrators, 15 analysts, and 15 repair workers.

Comptroller spokesman John McKay said in a statement that DHS has plenty of money to ensure the well-being of homeless families under its care:

"The city has sufficient funds to make the shelters safe for families with children. It's well past time to prioritize spending in order to protect our most vulnerable citizens."

The audit also found that, in a sample of 12 families, none were being kept to requirements of an independent living plan, a document the state mandates social workers create for all homeless people to identify their individual needs and create and follow an action plan to get them out of the shelter system. Responding to this finding, DHS officials pointed out that more than any paperwork requirements and social worker visits, the primary factor determining whether homeless people can find housing is housing affordability. In 2011, Governor Andrew Cuomo and former mayor Michael Bloomberg halted funding for the Advantage rent voucher program, and housing costs and homelessness have risen since (wages, meanwhile, have stagnated). 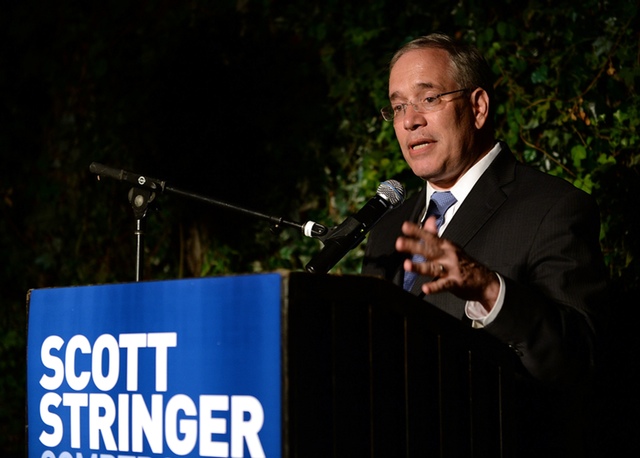 The backdrop of this audit is a shakeup in DHS and a showdown between Mayor de Blasio and Stringer over the agency's continued pouring of hundreds of millions of dollars into housing homeless people in slum conditions. Part of what the audit recommends is for DHS to write inspection and safety requirements into binding contracts with shelter operators, rather than paying them out of whatever taxpayer money is lying around at the moment. DHS's family shelter budget for the last fiscal year was $504 million, and auditors found that the agency placed homeless families in 64 shelters that have no city contracts during the 2 1/4-year period it looked at.

Responding to the audit, DHS pledged to bring shelters up to code and into enforceable contracts. However, as the Comptroller's Office notes in the final document, DHS said the same thing back about drawing up contracts back in 2003. DHS also claimed in its response that, of the conditions auditors found at shelters, "none are life-threatening or severe."

The agency said all the needed repairs identified by the audit had been made or started, and that it is creating new guidelines for program analysts and a database to track building violations. New hires and restructuring have already heightened enforcement, according to the agency.

As of September, the New York Times reported that the Comptroller's Office had blocked 33 contracts and DHS had withdrawn 21 more because of demands by Stringer that the city not pay to place people in ratholes. Mandated to shelter all comers, the Mayor's Office paid off-the-books shelter operators with millions in loans from the city. Stringer has said that he is only acting out the prescriptions of a mayor-commissioned Department of Investigation report that found deep-seated dysfunction and horrendous conditions throughout the shelter system.

Last week, Mayor de Blasio's DHS Commissioner Gilbert Taylor announced he is stepping down. His duties will be taken over by Human Resources Administration head Steven Banks, who before taking office led the Legal Aid Society and was one of the lawyers who brought the landmark 1980s lawsuit that created a right to shelter in New York City.

Is the NYPD ready for new role in dealing with people in mental health crisis?

Advocates, mental health experts and others question whether cops have the training and guidance they need.

By
Samantha Max
Is the NYPD ready for new role in dealing with people in mental health crisis?

Advocates, mental health experts and others question whether cops have the training and guidance they need.

By
Samantha Max
Extra Extra: New York City is one of the worst places to be single, at least WalletHub says
By
Brooks Brunson
What forced hospitalization feels like in New York City, as Mayor Adams pushes for more
By
Caroline Lewis
NY attorney general's longtime chief of staff quits amid sexual harassment allegations
By
David Cruz
Get the news New Yorkers need in your inbox