The death of two sisters from a malfunctioning radiator at a Bronx shelter site was a "terrible tragedy," and reinforced the need for the city to end its cluster housing policy for homeless residents, Department of Homeless Services Commissioner Steven Banks said on Thursday.

Scyle Vayoh Ambrose, 1, and her sister Ibanez Ambrose, 2, were pronounced dead at Lincoln Hospital Wednesday after a radiator sent scalding steam into the room where they were sleeping.

The girls lived with their parents, Pete and Danielle Ambrose, in a two-bedroom apartment at 720 Hunts Point Avenue in the Bronx. The Ambroses' apartment and four others in the 48-unit building were part of the city's cluster site housing program, which funds third-party service providers to place homeless families in private apartments. Started in 2000, the program has been criticized for putting residents in substandard housing at great cost to taxpayers. A 2015 Department of Investigation report found the cluster sites to be "the worst maintained, the most poorly monitored, and provide the least adequate social services to families."

Earlier this year, the de Blasio administration announced it would phase out use of cluster sites by the end of 2018.

Moshe Piller, who was named the fourth worst landlord in New York by Public Advocate Letitia James in 2015, owns the building at 720 Hunts Point. He was removed from the 2016 edition of the list and did not appear on previous archived versions of the list, which Bill de Blasio, then the city's public advocate, launched in 2010. But in 2004, the Daily News called Piller, who also goes by the first name "Morris," the "king of the slumlords."

Banks said shelter services providers decide where to place cluster site housing, not the city itself. The cluster site program at the Hunt's Point address, and an adjacent building, began in 2013.

"In 2013, I don't know what the procedure was when the city began doing business with these two buildings," he added. The Bronx DA's office launched an investigation into Piller and the building following Wednesday's explosion, according to a spokesman for that office.

Bushwick Economic Development Corporation, the provider that placed the Ambroses in the cluster site on Hunts Point Avenue, was cited in a March 2015 Investigation Department report on building and fire safety violations in cluster-site apartments, the NY Times reported. 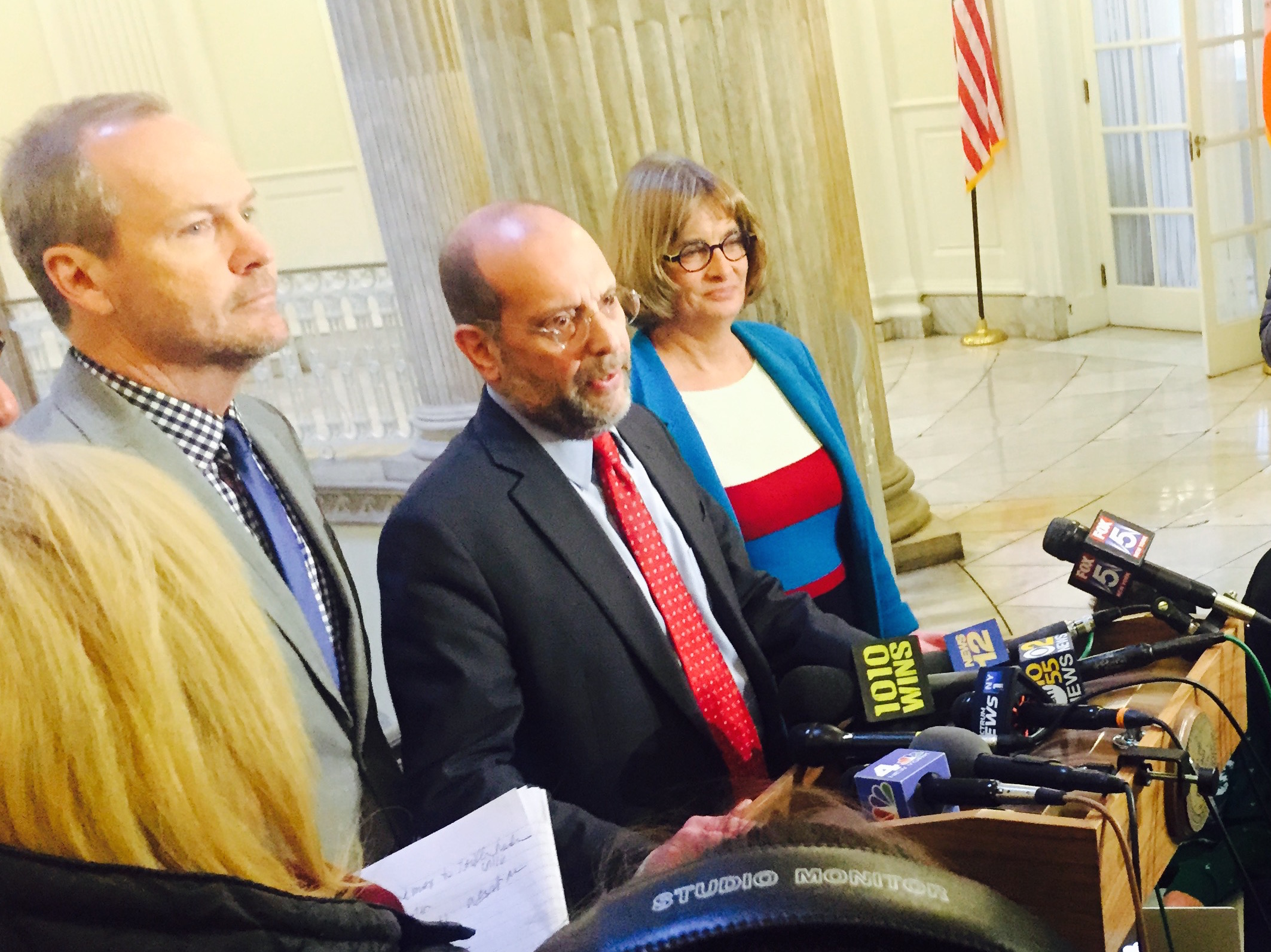 The commissioners declined to comment on the specifics of the accident that took the lives of the Ambrose sisters, citing an ongoing multi-agency investigation. The Bronx District Attorney's office is also investigating, according to a spokesman.

Been did say the city was able to inspect 35 of the building's 48 units after the incident, and all were deemed safe. Heat was turned off after the explosion, and the building's boiler, which is only four years old, was inspected and cleared. Heat was restored by midnight.

"We believe there are no safety problems in any of the other apartments," Been said.

The five families occupying cluster housing in the building, and two in the adjacent building, were moved to regular shelters after the accident.

Banks said the effort to eliminate cluster sites could not be done immediately without turning residents out on the streets.

"We have to phase it out. If we were to close it all tonight, we would have 12,000 people without shelter," Banks said. Since launching an effort to phase out the cluster site program, the city has managed to eliminate 450 of 3,600 total units.

A complaint was last made about the building to HPD in April, according to Been. After performing an inspection, the inspectors issued a violation for a defective radiator shut-off valve in a second floor apartment. Inspectors followed up on the violation and determined the issue had been quickly resolved, she said.

Been added that HPD had not received any complaints about the Ambroses' apartment since 2002. Multiple agencies, however, regularly inspect cluster sites. DHS performed a routine inspection of multiple units at the building on Monday and found "nothing untoward" in the apartment, according to Banks, who declined to say whether the radiator was part of the inspection.

Banks also said that as part of the ongoing effort to eliminate the cluster site system, the city was placing providers like Bushwick Development Corporation under contract, which will increase the city's ability to "enforce compliance with service requirements and enforce compliance with addressing conditions."

Public Advocate James was incredulous. "It is unforgivable that the City continues to enter into contracts with providers who do not ensure that these apartments are habitable, and today, we witnessed the lethal consequences of this neglect," she stated Wednesday.

However, the Daily News reported Thursday that a resident of the building's cluster site told a case worker from the Bushwick Economic Development Corporation about a broken radiator in August 2015, a complaint which was never reported to the city. The agency did not respond to requests for comment.

Although he declined to comment on the Ambrose family or the accident that took the lives of their girls, Banks did describe what he saw when he visited the Ambroses' first floor apartment with Mayor De Blasio and the NYPD Wednesday night.

"It looked like you might imagine any apartment looking where parents lived with a two-year-old and one-year-old," Banks said, adding that throughout the apartment were "expressions of love."

A Gofundme page has raised nearly $10,000 for the family.