Last night, Mayor Bill de Blasio fired the latest salvo in the debate over homeless shelters in Queens. He shared the video below on Twitter, thanking the Children's Museum of Manhattan for welcoming children living in a controversial shelter: "Every child is a gift. Thank you @cmomnyc for making this a special day for some exceptional young New Yorkers."

Every child is a gift. Thank you @cmomnyc for making this a special day for some exceptional young New Yorkers. pic.twitter.com/UqV6M4hzuR

The video shows a loud crowd of protesters outside the Bellerose Inn, which is renting 40 of its 43 rooms to the Department of Homeless Services for homeless families with children. A proposal which would create a 110-bed facility for homeless families with children over 18 at a Holiday Inn Express in Maspeth has been met with serious anger and threats of a lawsuit from the community, who blame de Blasio and Homeless Services Commissioner Steven Banks for allegedly endangering them. Protesters have even marched along Banks's street in Windsor Terrace, yelling, "Banks has gotta go!" and "Liar!"

The video of the children's museum trip explains, "When over 100 protesters descended on their temporary shelter, these homeless kids got a surprise field trip." Apparently, the protest was planned after a flyer, allegedly showing homeless children playing in a resident's driveway, was circulated: "When city officials caught wind of the plan, they called the Manhattan Children's Museum to arrange a visit."

Banks says in the video, "How do you explain to children why angry adults are out in front of the place they're living, and want to throw them into the streets? So today we thought we'd take the children and their families some place nice where they can actually experience a helping hand from adults rather than the back of the hand." 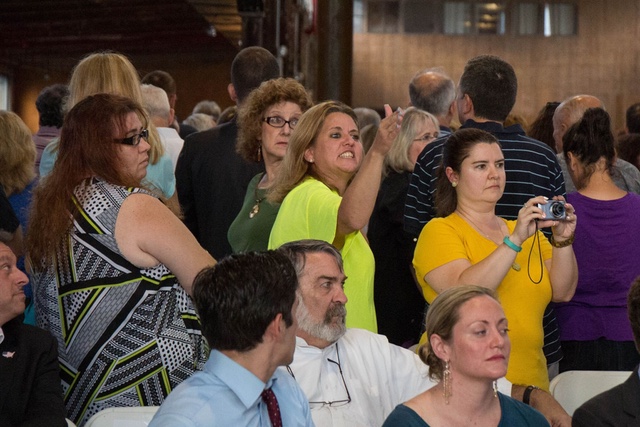 Protesters also marched to the home of Harshad Patel, the owner of the two hotels. State Senator Tony Avella, who represents the district, has asked U.S. Attorney Preet Bharara's office to investigate, finding it suspicious Patel is doing business with the city after Patel "openly admitted to paying a former state elected official more than $20,000 to get that official to effect a zoning change in his favor" in 2011.

Plans for the Holiday Inn Express shelter in Maspeth have been delayed. Robert Holden, of the Juniper Park Civic Association, told NY1, "This is not a racial issue because the homeless comes in all different colors and ethnicities. We will accept a small facility; we will accept one and two family homes, affordable houses."

I thought protesting at Steve Banks' house was rotten. But targeting kids?! Beyond shameful. Thx @NYCMayorsOffice for creative compassion. https://t.co/xKcFkxcsUq

Native New Yorker Jake Dobkin recommends that NIMBYs paranoid about the homeless rethink their angst: "Rather than pointing at the poor shelter residents, who are mainly the victims of bad luck and stratospherically-priced housing, you'd be better off directing your anger at the people who really have power in our city's real estate market: the rich developers and the politicians whom they control."

#bellerose
#bellerose inn
#Holiday Inn Express
#homeless shelter
#homelessness
#maspeth
#queens
Do you know the scoop? Comment below or Send us a Tip
A new Gothamist is coming! We’ve moved comments over to our beta site. Click here to join the conversation and get a preview of our new website.