Homeland Security: Who Needs It? 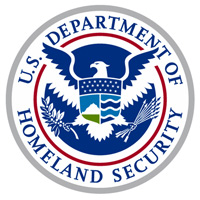 President Bush submitted a budget proposal to Congress this week that involved dramatic cuts to the city's anti-terrorism funding. "The plan would eliminate programs for port security, transit security and local emergency management operations in the next budget year." Well, why would a low-priority target like NYC need all that money anyway? Oh wait, we remember! It was hard not to see this coming, though.

The city already took a 40% cut in funding from Homeland Security during the last budget year. Mayor Bloomberg denounced the budget slashing as politically motivated; New York is reliably "blue state" voting and cash would probably be politically ill-spent here. Representatives on both sides of the aisle from New York denounced the cuts. Rep. Peter King, who represents Long Island, said the decision was "a grave mistake."

Overall funding will be culled from extraneous items like port security, emergency services, and local emergency services. This is not the first time NYC has gotten shorted on the federal budget. In 2005, we paraphrased Homeland Security chief Michael Chertoff telling NYers to "Suck It," which was fairly accurate at the time.

We'll be curious to see how Rudy Giuliani responds to this move at a time when he needs the support of the Republican organization's rank and file, but is campaigning heavily on his response to the 9/11/01 attacks as the city's head.